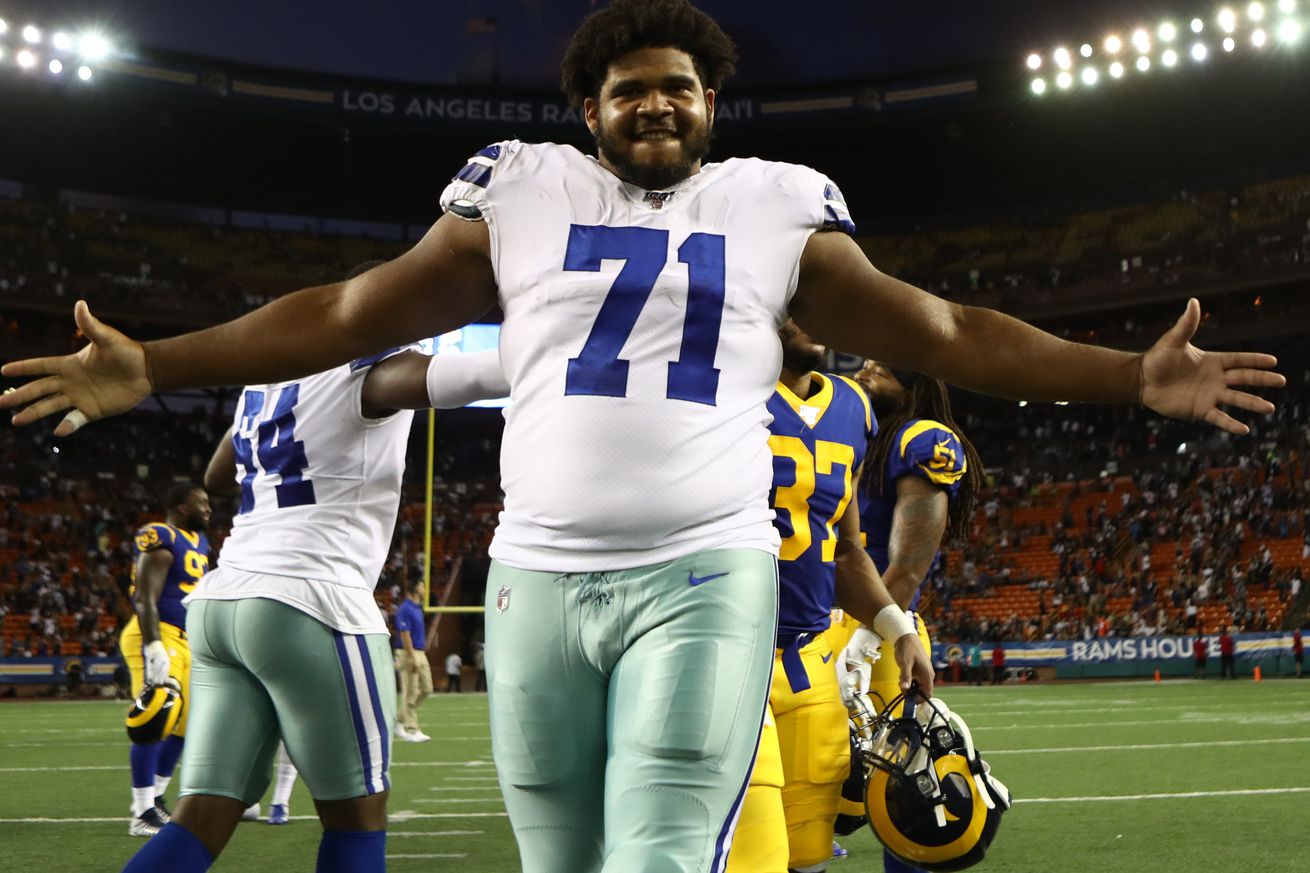 The latest on injuries for the Cowboys and Packers game.

The first injury report for the week is in and it has mixed news for the Cowboys as they prep for the Green Bay Packers. As was previously reported, Dallas should be getting the services back of wide receiver Michael Gallup for the game barring any setbacks. He was only supposed to participate in individual drills today, but he felt good enough to join some team activities.

The plan today was for Cowboys WR Michael Gallup to do individual drills. That changed over course of practice. Gallup felt good enough to jump into some team work, too. “If I feel good, I can keep going. If I didn’t feel good, I was just going to do indy. It’s all on me.”

Gallup was officially designated as limited.

But it wasn’t all good news, as Jason Garrett let us know earlier today that right tackle La’el Collins would sit out today’s practice because of a back issue. He joined the other starting offensive tackle, Tyron Smith, on the sidelines as Smith injured his ankle in the Saints game and has essentially been ruled out of this week’s contest.

Tyrone Crawford is still nursing his hip injury and was absent again today.

Among the walking practicing wounded was DeMarcus Lawrence who has knee and shoulder injuries that slowed him today. Amari Cooper was also limited with his ankle, Zack Martin was limited with his back problems, and Antwaun Woods was able to get back on the practice field in a limited fashion. New to the injury report is punter Chris Jones who was limited.

On the Packers side of things, uber-talented wide receiver Davante Adams was unable to go today with his toe injury and his playing status for Sunday is in serious doubt. Additionally, cornerback Kevin King was out today with a groin problem, and running back Jamaal Adams is trying to recover from a concussion.