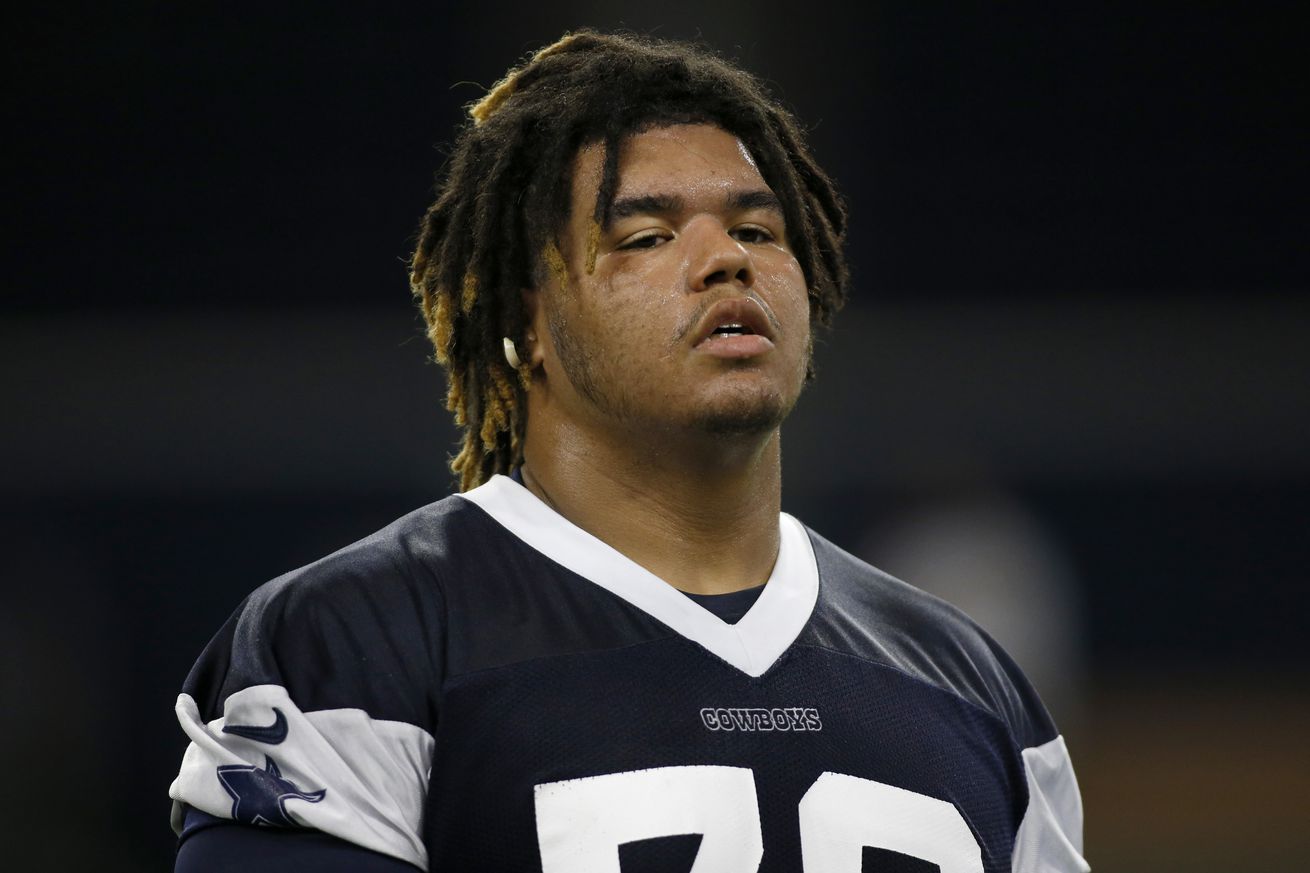 Checking in on the rooks…

The Dallas Cowboys have suffered their first loss of the season at the hands of the New Orleans Saints. A questionable offensive game plan and a strong defensive performance resulted in just a total of 22 combined points scored on Sunday Night Football for a prime time audience to see.

It is clear that the Cowboys have some adjustments to make before the Green Bay Packers come to town this Sunday.

How did the rookies perform in the defensive struggle? Weeks one and two were largely quiet for the first-year Cowboys, but week three saw some more action for the rooks. Week four was closer to the first two weeks than the week versus Miami.

The trio of Pollard, Hill, and Jackson were suited up and in action on Sunday.

The Dallas Cowboys appeared to have entered Sunday with the game plan of running the ball down the Saints’ throats. Some of that could be attributed to audibles at the line of scrimmage, but whatever the case, Dallas ran the football a lot versus New Orleans. The Saints were having none of it, though, as the Cowboys totaled a collective 45 yards on the ground in the 12-10 loss.

One big surprise of the game was the lack of snaps for rookie Tony Pollard. Just a week before, the Memphis product eclipsed 100 yards and reached the end zone for the first time in his young career. Granted, the Dolphins are the definition of bad, but it looked as if the offense was going to give Pollard more touches moving forward.

Instead, Pollard rarely saw the field during Sunday’s loss, not getting a single carry or reception. Interesting, to say the least. We will see what, if anything, changes regarding Pollard’s role as the season progresses.

Trysten Hill did not suit up in week 1 or 2, but the rookie saw action for the first time in his young career last week for the Dolphins. In that game, the UCF product made his first tackle and blew up a goal line play in the backfield, showing us some of the promise that made him the Cowboys’ second-round draft pick in April.

Again on Sunday, Hill was credited with a tackle. While not a very impactful showing — at least in the box score — it is still nice to see the small improvements the rookie defensive line is making.

Oh HEY there Trysten Hill! This is what I like to see.

Quick get-off with great pad level, inside hands and arm extension to creat separation necessary to get off the block. He then recognizes Kamara’s cut back and pursues down the LOS despite getting hold (which was called). pic.twitter.com/a5T9G8HLZG

The Cowboys are hoping Hill becomes a consistent and reliable player in their defensive line rotation this season. Obviously there are some things that he needs to improve on, but two games in and Hill is showing some things that could lead to him having a nice first year in Dallas.

Jackson, like Pollard, has been active for each of the Cowboys’ first four games of the 2019 season. The Miami product has not created a ton of production yet, but it is getting some reps in Marinelli’s rotation.

Joe Jackson made a couple of plays vs MIA. it’s going to be important for him to continue to be effective in the small number of snaps he gets.

He certainly has a lot he needs to clean up, but hit motor always runs hot and he has notable power. Could grow into a Crawford type. pic.twitter.com/PdF30Ts4Tt

Jackson was credited with an assisted tackle versus the Saints, giving him one tackle in each of the last three games for the Cowboys. With Taco Charlton out of town, we will see if Jackson can continue to take advantage of his opportunity.