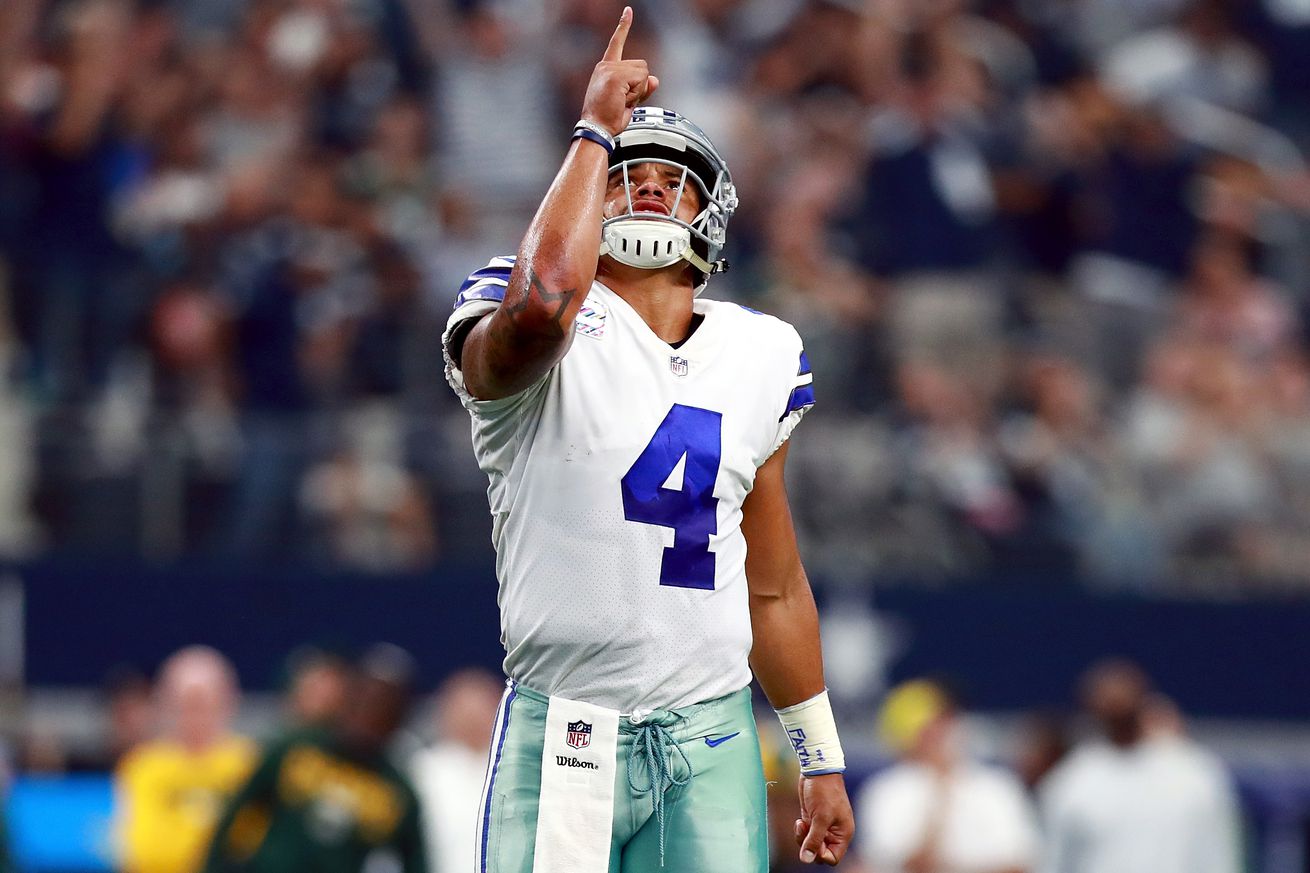 Number four has lit up some box scores against Green Bay.

Sunday’s matchup against the Green Bay Packers feels quite epic for the Dallas Cowboys.

These are two of the NFL’s darling franchises, longtime conference rivals, and cast members that have put on a show every time they’ve squared off in recent memory.

An interesting note surfaced on Friday morning from the incomparable Bob Sturm; both the Cowboys and Packers each have four quarterbacks that have led their teams to multiple wins against the other.

In the long history of Cowboys-Packers, each franchise has four QBs who have multiple wins in the series: Name them! I believe you will be amazed. (Answer later this morning)

You can read the answer right here (I didn’t want to spoil it for those that wanted to guess), but I will also add that the list can grow to five for Dallas on Sunday afternoon. Dak Prescott has an opportunity to win his second game against the Packers.

Nobody is handing out trophies for beating a particular opponent twice in their career, after all Prescott has been part of Cowboys teams that have lost a playoff game to Green Bay. They’ve met in the regular season twice and split the series, but the Cowboys seem to be the more-favored team entering Sunday afternoon.

Again, nobody is saying that box score success is the end-all-be-all, but it’s worth mentioning that Prescott has played quite well each and every time that he has squared off against Green Bay. Very well.

Sunday will perhaps be the best offense that Dak has had around him for a showdown with Aaron Rodgers and Co. Interestingly enough, one of Prescott’s current weapons is Randall Cobb who was a longtime member of the Packers.

Consider Dak’s resume from his three Packers games. Keep in mind that he’s 1-2 in them and that one of the losses was in the 2016 Divisional Round.

Prescott has thrown on average three touchdowns and an interception in each of these three games, so if trends are a thing then expect that to happen on Sunday. I’d also expect (hope more than anything) for there to be perhaps twice the total rushing attempts on this list come Sunday evening, everybody knows how good Prescott can be on the ground.

For that matter, there’s actually something else that should be added to the list. In the aforementioned playoff game Dak ran in a two-point conversion that kept the Cowboys very much in the game (we don’t have to talk about what happened after that). The facts are that he has typically found a way to rise to the occasion when playing the Packers, it’s just that one time a ridiculous third down got converted and the other Davante Adams could not be stopped.

The levels of success that Prescott had against Packers teams of 2016 and 2017 are ultimately moot as we’re three and two years removed from those contests. It’s not like Dak squares off against Aaron Rodgers specifically and beyond that Green Bay has changed head coaches. This is Prescott’s first time going against the Matt LaFleur Packers.

Still though, if you’re looking for something to excite you heading into Sunday, just know that more often than not (as in every time) Dak has found a way to show up individually against the Packers. For that matter so has Ezekiel Elliott.

Zeke has yet to score a touchdown against the Packers, but there are a lot of people who think that changes on Sunday. Hopefully it does but the rest of these trends stay the same.

That isn’t asking for too much, is it?