The Dallas Cowboys have seen their fair sure of injuries, suspensions and then some after their Week 1 loss to the Buccaneers. Defensive end Demarcus Lawrence is out for six to eight weeks with a broken foot and while he’s part of an important group of players on the IR, Dallas will be without a multitude of starters on the field against Los Angeles. Just four of those missing for the Cowboys are inactives, though.

Offensive tackles La’el Collins (suspension) and Ty Nsekhe (illness) are both out for the matchup and backup Terence Steele will have his hands full in the role, taking on standout pass-rusher Joey Bosa. New reserve quarterback Will Grier is inactive for Sunday, setting up quarterback Cooper Rush as the backup.

Safety Donovan Wilson (groin) will be missed in the secondary while safety Damontae Kazee is active after being on the injury report during the week. Without both starting defensive ends, backup Chauncey Golston was expected to make his Cowboys’ debut but is inactive for the game. Thankfully for Dallas, Los Angeles offensive tackle Bryan Bulaga was moved to the injured reserve, so the pass rushers should have an easier time. For the defensive backfield, safeties Malik Hooker and Israel Mukuamu bring much-needed reinforcement in the absence of Wilson.

The Chargers are also without cornerback Chris Harris Jr. after the Cowboys targeted the backup cornerbacks in Week 1. Offensive coordinator Kellen Moore should find the holes and let the offense attack them. Starting defensive end Justin Jones is also out for Los Angeles, so the focus will likely be on Bosa in pass protection.

For a pair of playoff hopefuls, this game will be missing a strong list of starters, especially for Dallas. 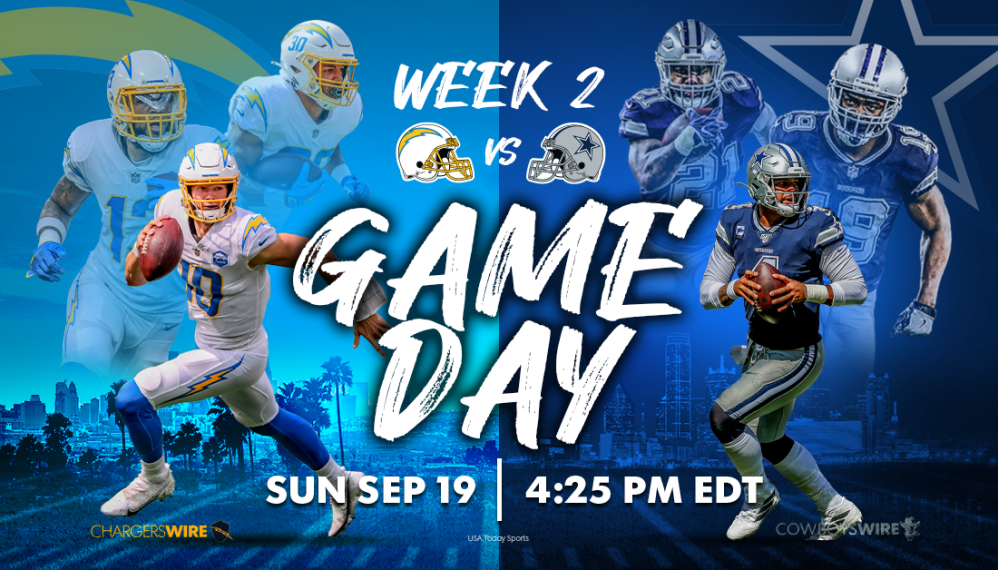