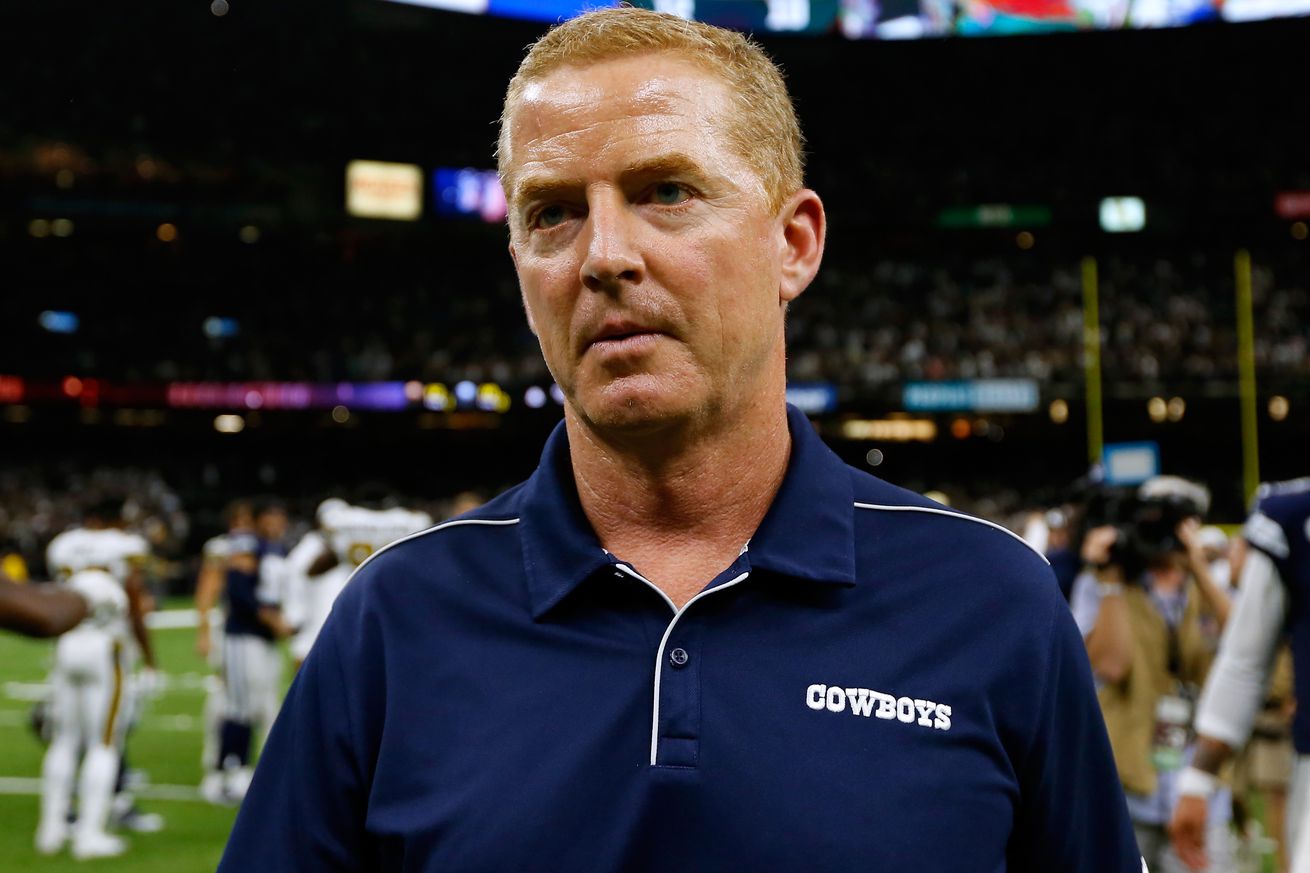 That’s not how math works, but don’t tell Jason Garrett.

There are a lot of things to take away from how the Cowboys played in New Orleans on Sunday night.

Specifically, there are a lot of things that the Cowboys can do better. We all watched the game, we all know that. You can’t score 10 points in the NFL and think that that’s anywhere near enough.

The Cowboys were doing a lot of great things this season before they played the Saints. Their offense had been very creative and imaginative throughout the first three games; it’s like they forgot how to do it all when they got to the Big Easy.

A lot of this can be attributed to how the team handled first and second down. To the naked eye, it felt like the team was hellbent on running the ball on first (and second) down throughout the entire game, and the numbers back that up.

Cowboys Pass Rate on 1st/2nd Down:

50% is clearly less than anything that is higher than that (that’s how numbers work) which means that the Cowboys attempted passes on first and second downs in New Orleans at the lowest rate that they have in any game this season. That is undeniable and objective fact.

Dallas Cowboys head coach Jason Garrett was asked about this phenomenon and what led to it during his normal Monday morning appearance on 105.3 The Fan (you can listen to his interview from this week right here). Garrett is known to dodge certain questions at times when speaking to the media, but he flat out disagreed with this whole concept.

105.3 The Fan: Did you see something watching the Saints on tape that you could exploit when it came to the run? Is that why the run was kind of put more at the forefront, especially on first down?

Jason Garrett: I don’t know that it was put more on the forefront. We obviously want to run the football and we want to attack through the air. And that was the plan going in was to try and do both. That’s always really our approach, attack both ways. We try to do that throughout the game. We had some success at different times doing each, it wasn’t consistent enough throughout.

105.3 The Fan: Coach the reason we ask… we were looking at the pass rates to start off the year on first and second down and yesterday was about a 15 or 20% drop with running it on those downs. Was that a conscious effort or something that you said, ‘hey we know we’ve been passing earlier on first and second, but let’s go ahead and try to run it earlier’?

Jason Garrett: You mean we ran it more on first and second down?

Jason Garrett: I don’t know that I fully agree with that. We try to be balanced throughout. You want to attack different ways. You certainly don’t want to be a team that just throws the ball every first down. You don’t want to be a team that runs the ball every first down. I thought we did a good job mixing it. I think the biggest thing is when we’ve had some success earlier on, we’ve made some third down conversions, we’ve been awfully good the first three games and that gives you more opportunities to do both. And we just didn’t to that consistently well enough last night.

It would be very understandable for Garrett to give an answer about how the Cowboys did what they thought was best in New Orleans and that ultimately that just wasn’t enough. That’s general coach speak and something that all NFL coaches say at one point or another.

Jason Garrett saying that he doesn’t fully agree with this idea though seems like opposing the idea in the name of opposing it. The numbers directly show that the Cowboys did indeed pass less on first and second downs than they have at any point this season. Why deny that?

It’s going to be a long week for the Cowboys as they deal with their first loss of the season. There are hopefully going to be changes in terms of how they approach things on offense considering how flat they were in New Orleans.