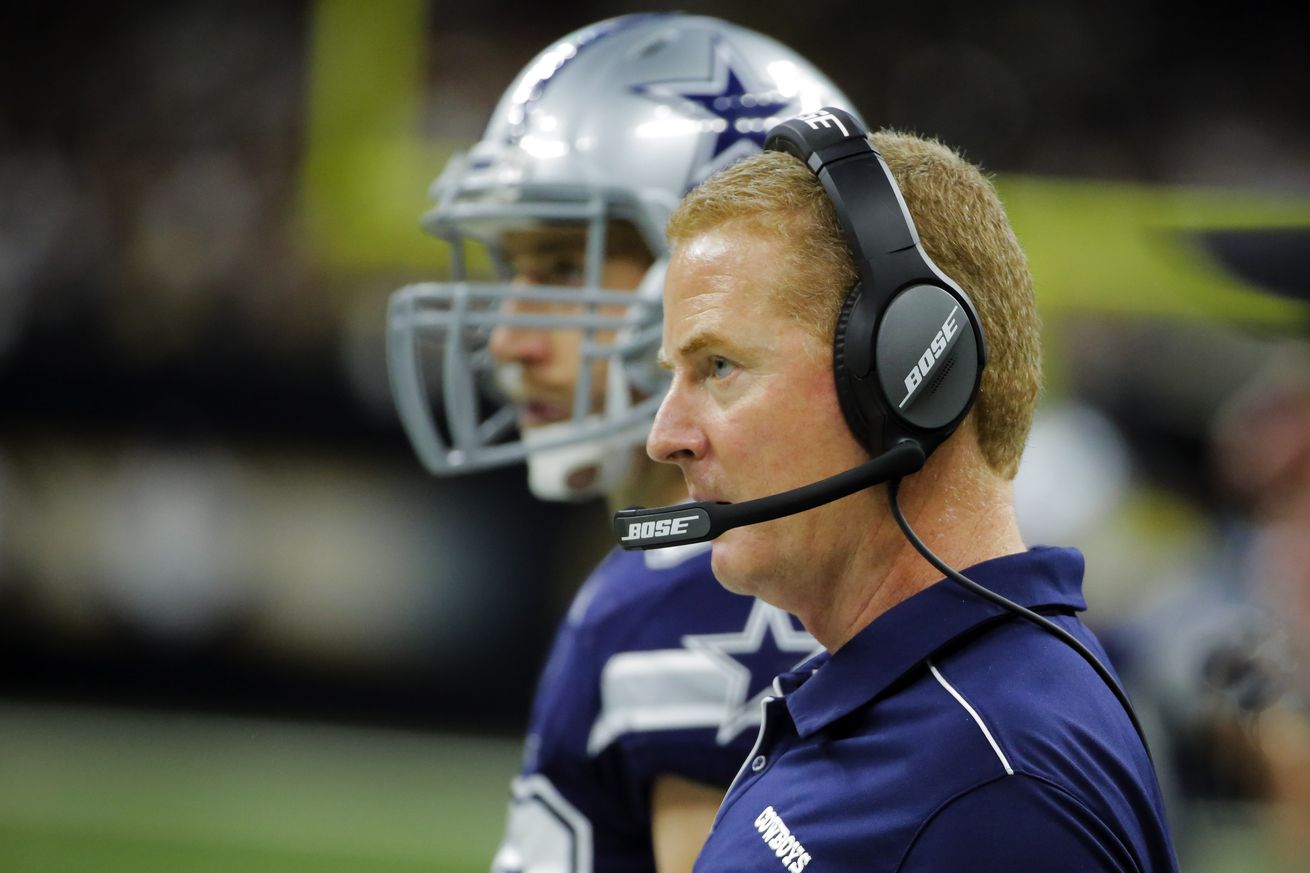 Coach Garrett gave the final update for the Packers game.

Coach Jason Garrett spoke to the media one final time before the Cowboys take on the Packers. Let’s see what he had to say. (All answers are paraphrased and not actual quotes).

La’el Collins should do something today

Coach said the right tackle should so something in practice. He noted Collins is a vet player that has dealt with these things before and it was just best he didn’t practice the past few days.

Garrett said he’s done a nice job of working his way back and they anticipate he will practice today. He commented about knowing how much a player has practiced or played recently and factor that into their recovery.

Is Connor Williams the choice at RT if Collins can’t go?

The team has worked a few combinations the past few days according to coach and they have guys they believe in ready to go. He didn’t want to go into hypothetical situations but said they have prepared several different ways. He did offer that communication among the linemen is very important and that can help sway the decision.

Will they attack the Packers run defense?

Coach said they will have to see how the Packers want to play their defense, noting they do a variety of things in their base and nickel. He was clear to say they have good players, and they respect their defense.

Garrett noted Gallup has had a few good practices and they anticipate him practicing today.

He is doing better according to Garrett, he’s been nicked up but is working his way through it. The hope is that he can practice and play with coach noting Lawrence is physically and mentally tough.

The team liked him a lot when they were going against him, and had wanted to keep him originally but the numbers on the 53 wouldn’t allow it. Coached said they jumped on getting him back because he can play all three linebacker spots and can play in the base and nickel. Essentially he does everything.

Garrett termed it as exceptional and rare. When asked to compare it to DeMarcus Ware, coach said it was an asset of his, too. He described their flexibility and balance, an ability to bend and change direction as being exceptional. He claimed when you see it up close it is eye-opening.