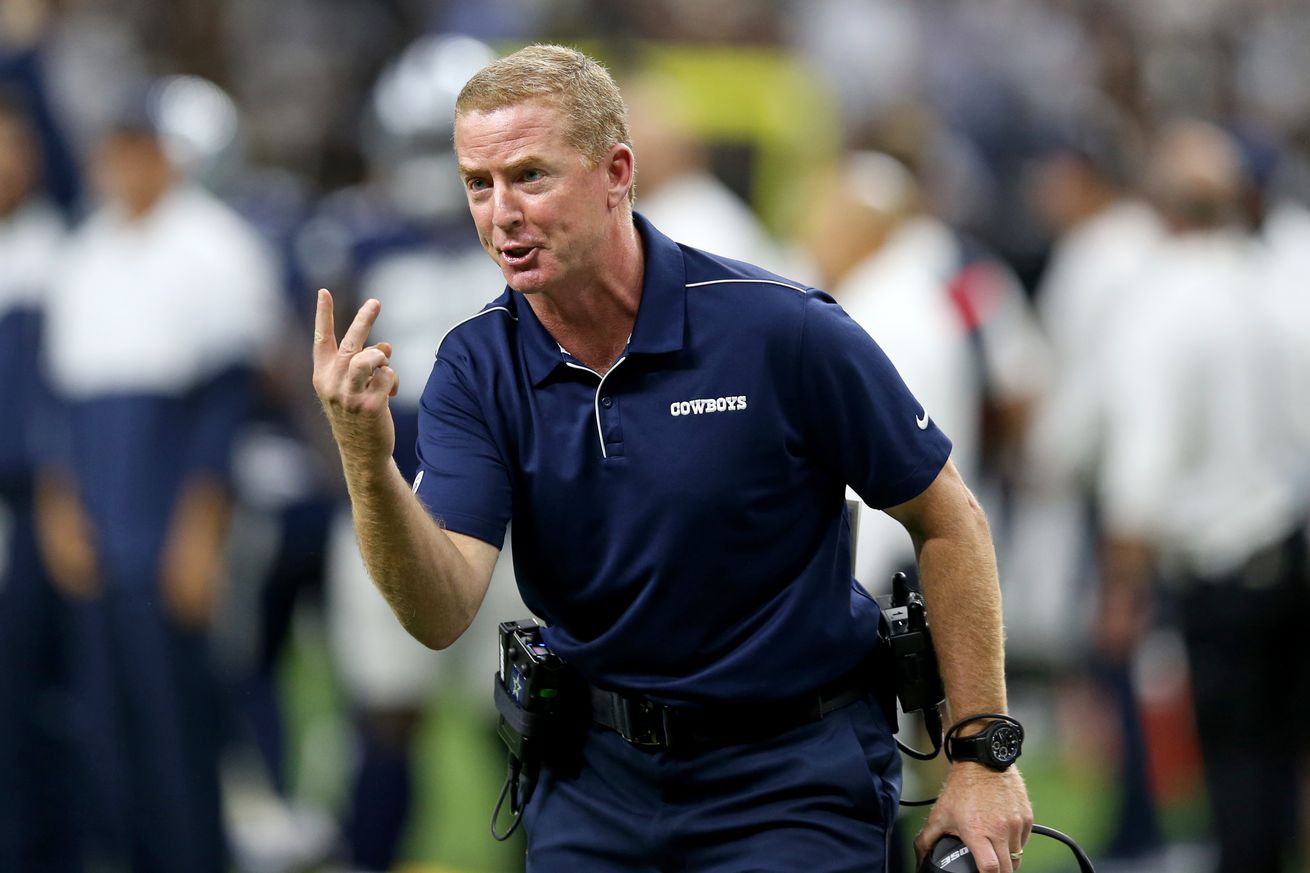 Coach Garrett meets with the media to talk Cowboys.

Dallas is deep into preparations for their upcoming game against the Packers. Coach Jason Garrett met with the media to give an update on the proceedings. (All answers are paraphrased and not actual quotes).

La’el Collins is not expected to do much today but coach feels he is getting better. Michael Gallup is expected to practice though he might be limited. Coach said Collins came in on Monday/Tuesday and said his back was hurting.

Coaching a team off of a loss

This is the first time this season that the Cowboys are coming off of a loss and Jason Garrett was firm in that there are things you can build on and have to address and that’s just the way that things go in the NFL sometimes. He talked about how it’s learning from your experience and growing, independent of what the results are along the way.

Easier or harder to get over losses?

Jason Garrett isn’t about reflecting on the past all too much and he noted that while you put a lot of attention and energy into games you have to process what happened and move on. He referenced the 24 hour rule being in place for a reason.

The team is built to handle adversity

In terms of how the Cowboys are built Jason Garrett mentioned it in regard to being able to handle adversity. There’s a lot of depth on the Cowboys and injuries are part of the game, noting that players don’t always make it through the 16-game schedule. He commented on the Cowboys having three veteran offensive linemen as depth that they believe in.

Asked why Cam Fleming was a must for the Cowboys to re-sign, Jason Garrett noted that Fleming has played at a high level in the NFL before. He talked about how fond they are of Fleming’s game and how critical a swing tackle can be to a football team. He ended it by saying if you don’t have good tackles it’s very hard to throw the football.

Keeping Aaron Rodgers in the pocket

Green Bay has two rushmen named Smith and they’ve had a big impact on this season. Jason Garrett noted that the Cowboys have to be prepared.

Jason Garrett said that DeMarcus Lawrence biggest issue is a heel bruise and they’re seeing what his situation is day by day. They will monitor him in practice today.

With Tyron Smith and La’el Collins not practicing the Cowboys are utilizing Connor Williams at tackle during practice. Garrett noted that Williams played tackle at the University of Texas so he has some comfort in playing on the edge, but obviously he hasn’t played it in the NFL. He commented that they take experience, communication and ability to play the position with conviction into account.

How has Connor Williams played this year?

Garret said that the offensive lineman has done a good job this year but has not been perfect by any means. He noted that Williams is relentless out there and is very receptive to coaching and is growing with experience. He thought Williams came on strong at the end of last year.

It was a day of praising offensive linemen and Jason Garrett had plenty for XSF. He talked about the lineman’s versatility and how he’s been helpful for what the Cowboys have needed to do while he’s been around. He loves his professionalism and his physical and sturdy nature in the interior.