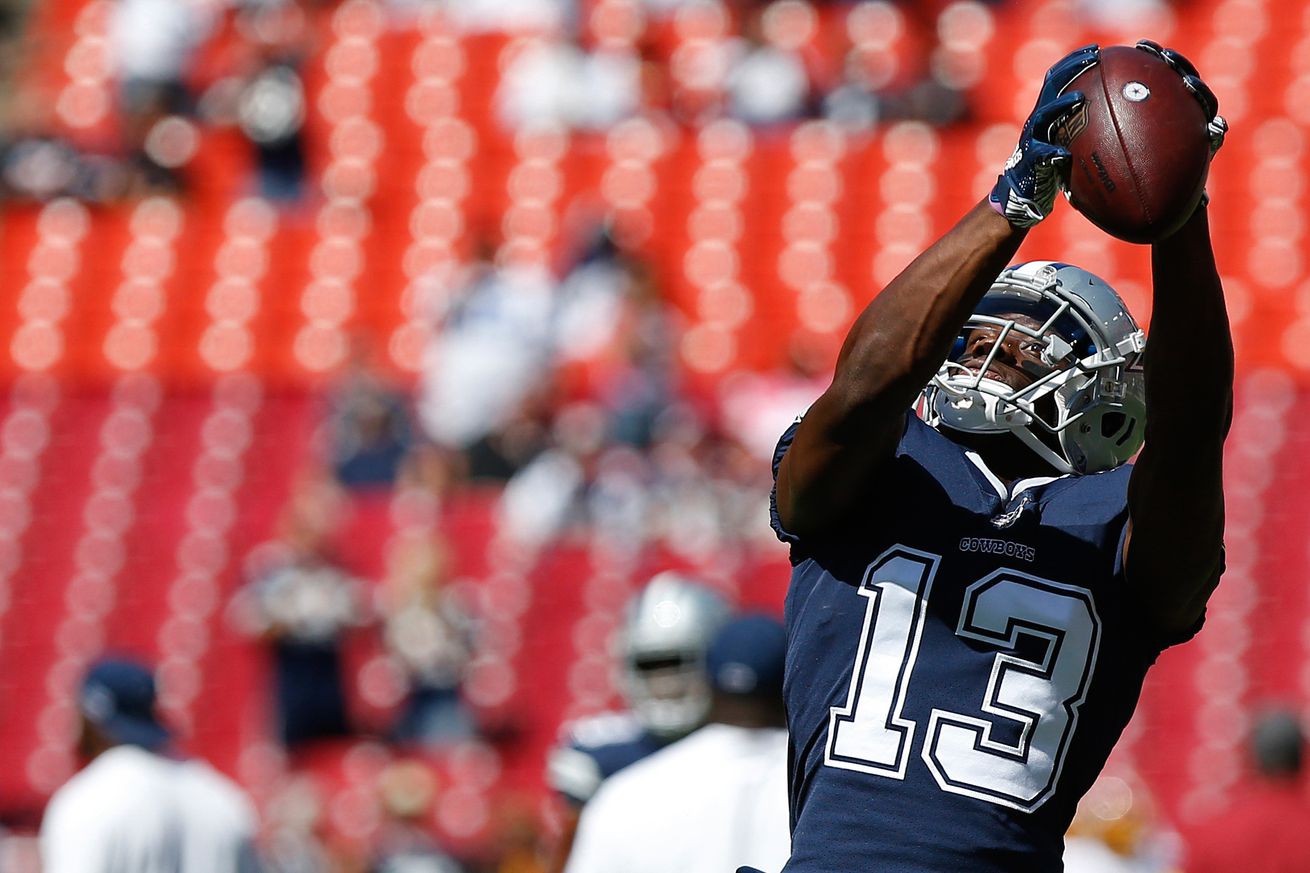 Could Michael Gallup make his return in the Packers game?

The Dallas Cowboys have a huge game on Sunday against the Green Bay Packers. Both teams will bring a 3-1 record to AT&T Stadium and only one can walk away with a win. Showdowns like these are why football is awesome.

Dallas is going to need all hands on deck to beat a team like the Packers, we all know full-well how much of a thorn Green Bay has been in this team’s side in recent memory.

One person who Cowboys fans had assumed they wouldn’t see for a little while is wide receiver Michael Gallup. The wide receiver underwent arthroscopic surgery and was thought to be out for a few weeks.

Gallup has missed two games already and we still don’t know exactly when he’ll return. During an appearance on 105.3 The Fan on Tuesday morning, Jerry Jones said that he wasn’t going to rule out that Gallup could return this Sunday.

Jerry says he’s not ruling out that Michael Gallup can return Sunday. https://t.co/2PVVv69HdX

This is a fairly large bit of information as Gallup was very productive when he was on the field with the Cowboys this season. The offense struggled during the first half against the Dolphins and against the Saints entirely with him not out there, his ability to create space is sorely missed.

While the Cowboys might get one of their receivers back for this matchup the Packers could be without their top one. Davante Adams suffered a toe injury during Green Bay’s game against the Philadelphia Eagles last Thursday and at halftime of Monday Night Football we got an update on his potential status.

#Packers WR Davante Adams is unlikely to play on Sunday at #Cowboys according to @AdamSchefter on Monday Night Countdown.

We’ll see what comes of both situations.