Back in early March, Mike McCarthy addressed the rampant speculation that Sean Payton- who had just stepped down as coach of the Saints- was the Cowboys’ next head coach-in-waiting.

“It’s a narrative I don’t want to be a part of,” McCarthy told reporters at the scouting combine in Indianapolis.

Cowboys owner Jerry Jones has defended McCarthy since then, and he did so again this week, seeming to bristle at the idea that talk of Payton’s availability is still out there.

“Sean Payton shouldn’t be ‘out there,’ Jones said bluntly. “That’s an injustice for him, the Cowboys, all of us. That’s just sheer pulling it out of the air. It’s well known we’re good friends, it’s well known that we think a lot of him as a coach, know him well, and all of those kinds of things. But in this case… he shouldn’t be a conversation piece. Mike has got an opportunity here to win a Super Bowl. And he’s got an opportunity to win other Super Bowls. That’s really the measurement of it.”

But even in doubling down on his confidence in the team’s current coach, in typical Jerry fashion, the billionaire managed to create more than a shadow doubt for those who pay attention to the words he actually uses.

Jones was asked about his current level of faith in McCarthy, who guided the team to a 6-10 mark in his first season and then improved to 12-5 and a postseason berth in Year Two.

The owner referenced McCarthy having more time of the job and spoke about his own increased familiarity with the veteran coach and what he brings to the table.

“All of that is ‘arrow up’,” Jones proclaimed. “He’s worth investing in.”

He went on to pooh-pooh the notion that, as many have theorized, he has already written off 2022, that all offseason moves since the changing of the guard in New Orleans have ultimately been about restocking the shelves in Dallas for when Payton can take over in 2023.

Jones maintains the Cowboys roster is too talented to take a lame-duck approach.

“You don’t want to waste one year on anyone that you don’t think would be triple-A in getting to coach them,” he said, “so if I didn’t think a lot of Mike McCarthy being able to coach our team to a Super Bowl, he wouldn’t be the coach today.”

And there it is.

Media types who cover the Cowboys for any length of time have figured out that if you get Jones to start talking, he’s generally happy to keep going. And the longer he talks, the more he tries to pepper his answers with extra information.

Whether it’s a completely conscious and clever effort to keep fans and media swirling by creating soundbites and click-worthy content or a subtle way to lay the groundwork for what he’s really thinking but can’t yet make official- or maybe a bit of both- Jones has a knack for leaving himself an out.

Just seconds after voicing his confidence in McCarthy as Cowboys coach in 2022, Jones said this:

“It’s an eternity between right now and this time next year in our game, and I’m not trying to be dramatic. That’s what I should dwell on. That’s the way this game is structured, where our staff is in place for the year. Mike is not only here, but he’s in the best position, in my mind, to lead this team as coach. He is very qualified to win a Super Bowl, and I will tell you he has the kind of qualities- in a person and individually- that I really want to work with. I know his players feel the very same way, and his coaching staff feels the same way.”

So… it’s not really settled at all past about February.

While the same could technically be said of nearly every team heading into every season, there’s enough wiggle room in that particular answer for Jones to drive the team bus through.

It’s an eternity between right now and this time next year.

Our staff is in place for the year.

That’s what I should dwell on.

I’m not trying to be dramatic.

Owners who are genuinely rock-solid about their head coach as an unquestioned permanent fixture don’t use language like that fresh off June minicamp, when optimism is usually at its highest.

But even when he seemingly wants the headline to be one thing, Jones keeps finding ways to drop Easter eggs in his responses that basically leave the exact opposite still in play.

Sometimes it even comes with a blink-and-you-might-miss-it what did he just say? moment.

After a dozen listens, it still sounds like that’s what he says. Rope. As in, “if we give him enough rope…”

Jones may say rumors of Payton waiting in the Cowboys’ wings shouldn’t be a conversation piece. He may say he doesn’t have that there “anyplace in his mind.”

Or he wouldn’t answer simple black and white questions in myriad shades of gray. 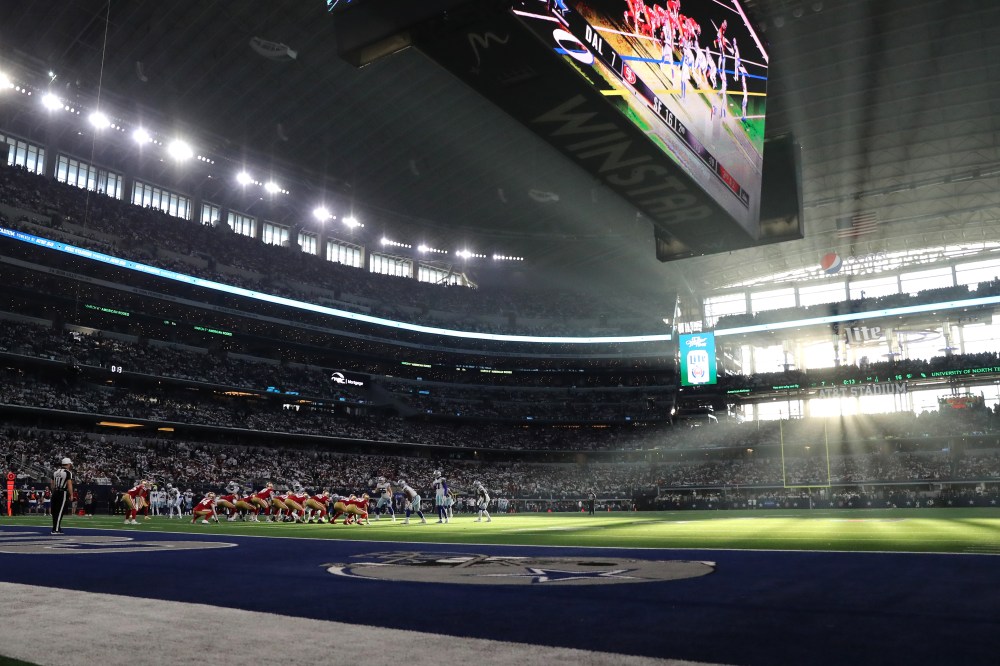 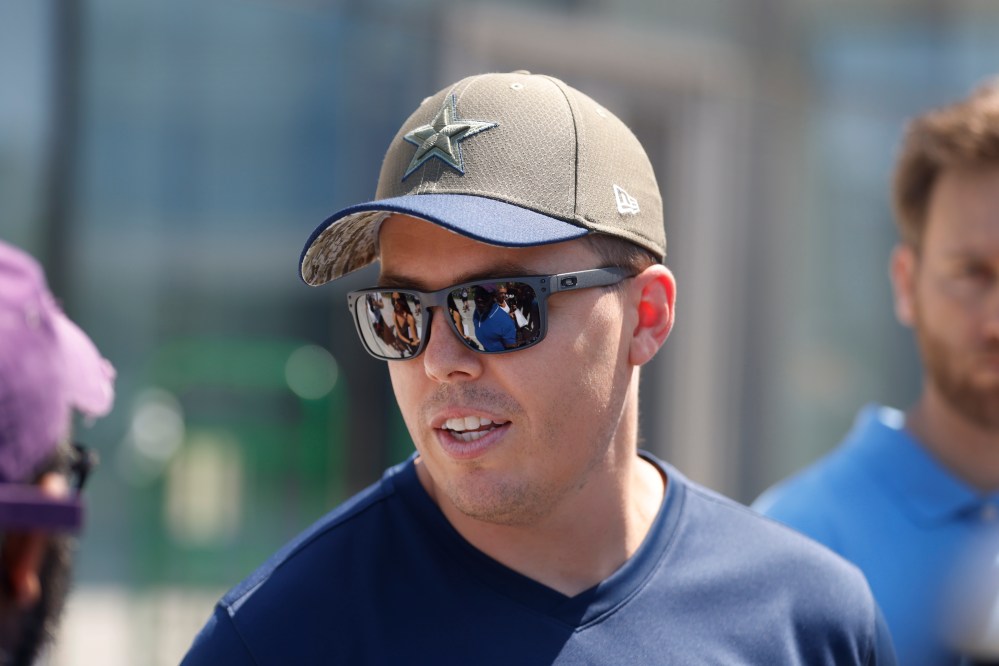 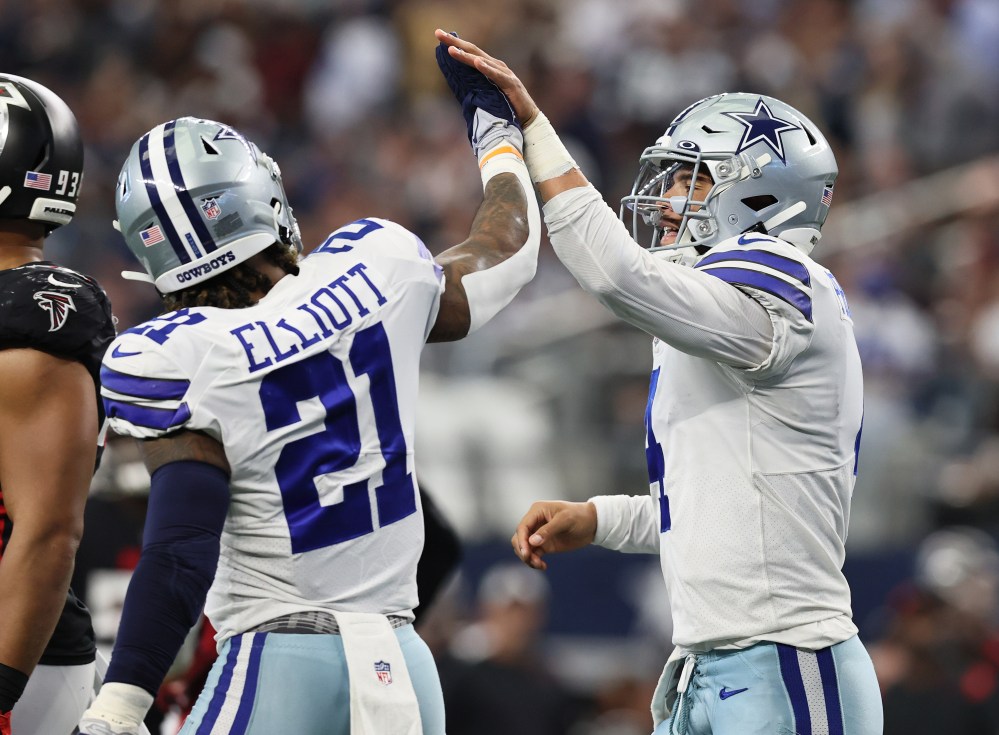