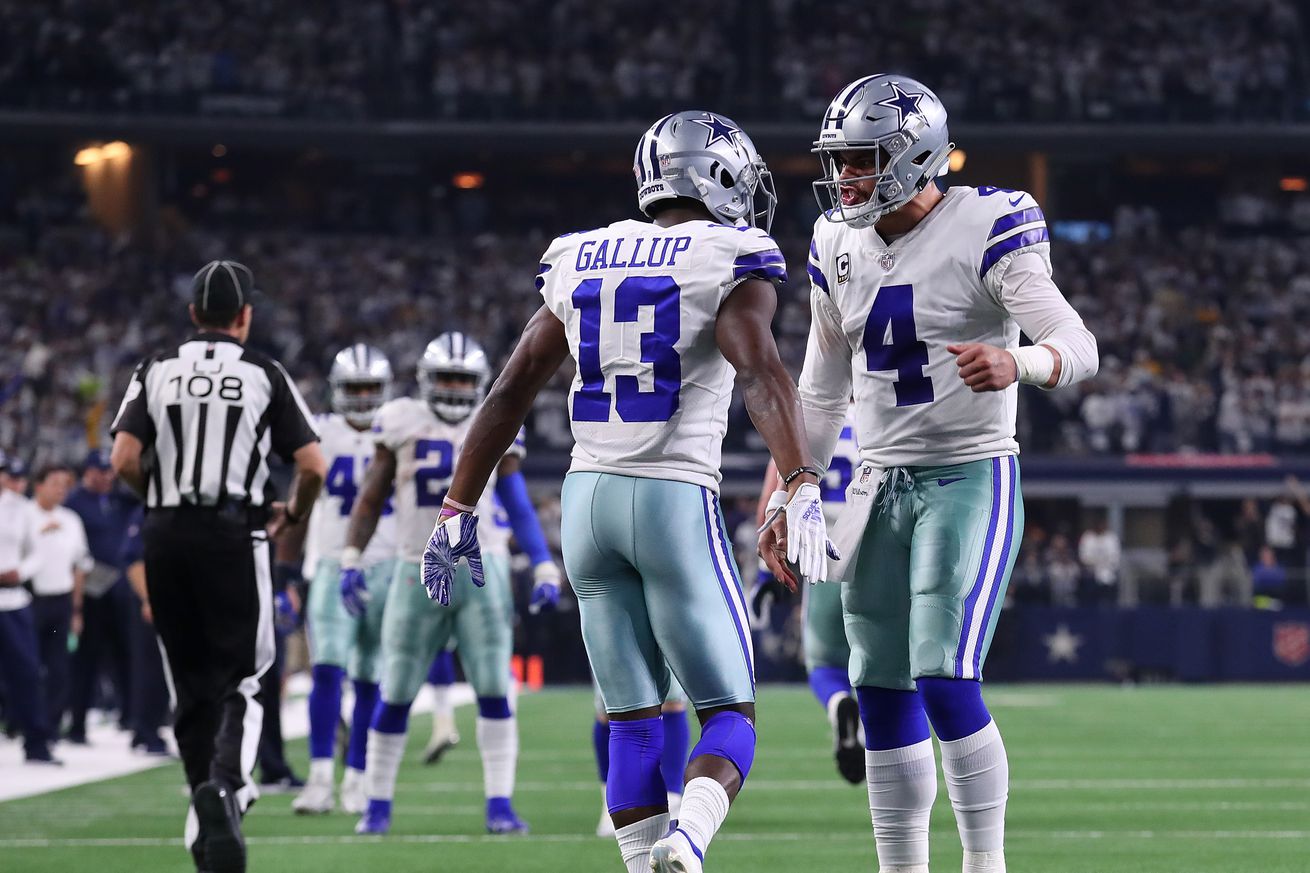 The Cowboys could be getting a big weapon back on Sunday.

Last week, when the Dallas Cowboys visited the New Orleans Saints, safety Xavier Woods returned after only a week from an injury that initial reports said would sideline him four to six weeks.

While this is not exactly the same thing, it’s pretty close. Wide receiver Michael Gallup underwent arthroscopic surgery following the team’s win against the Washington Redskins and there were plenty of people wondering exactly how long he would miss. He’s been absent for two games and so far this week there’s been hype that he could return.

First there was Jerry Jones saying on Tuesday that he wasn’t going to rule out the possibility of Gallup returning against the Packers. Then, early on Wednesday, head coach Jason Garrett announced that Michael would practice and seemed optimistic.

Finally, on Wednesday afternoon, the proverbial shoe dropped. The Dallas Morning News reported that, barring any setback, Gallup is expected to play on Sunday. Get hyped.

This is fantastic news for a Cowboys offense that is coming off of what was their worst performance of the season. Dallas had a hard time generating any sort of separation during their visit to the Big Easy, and when they did they seemingly set themselves back as Amari Cooper was called for two offensive pass interference penalties.

There will undoubtedly be concern from people that Gallup is rushing back. Remember that the Cowboys medical staff wouldn’t push him if he truly wasn’t ready and that they’ve been cautious with players when they’ve had to be. Also remember the Xavier Woods’ example as mentioned. Sometimes players are just ready to roll sooner rather than later.