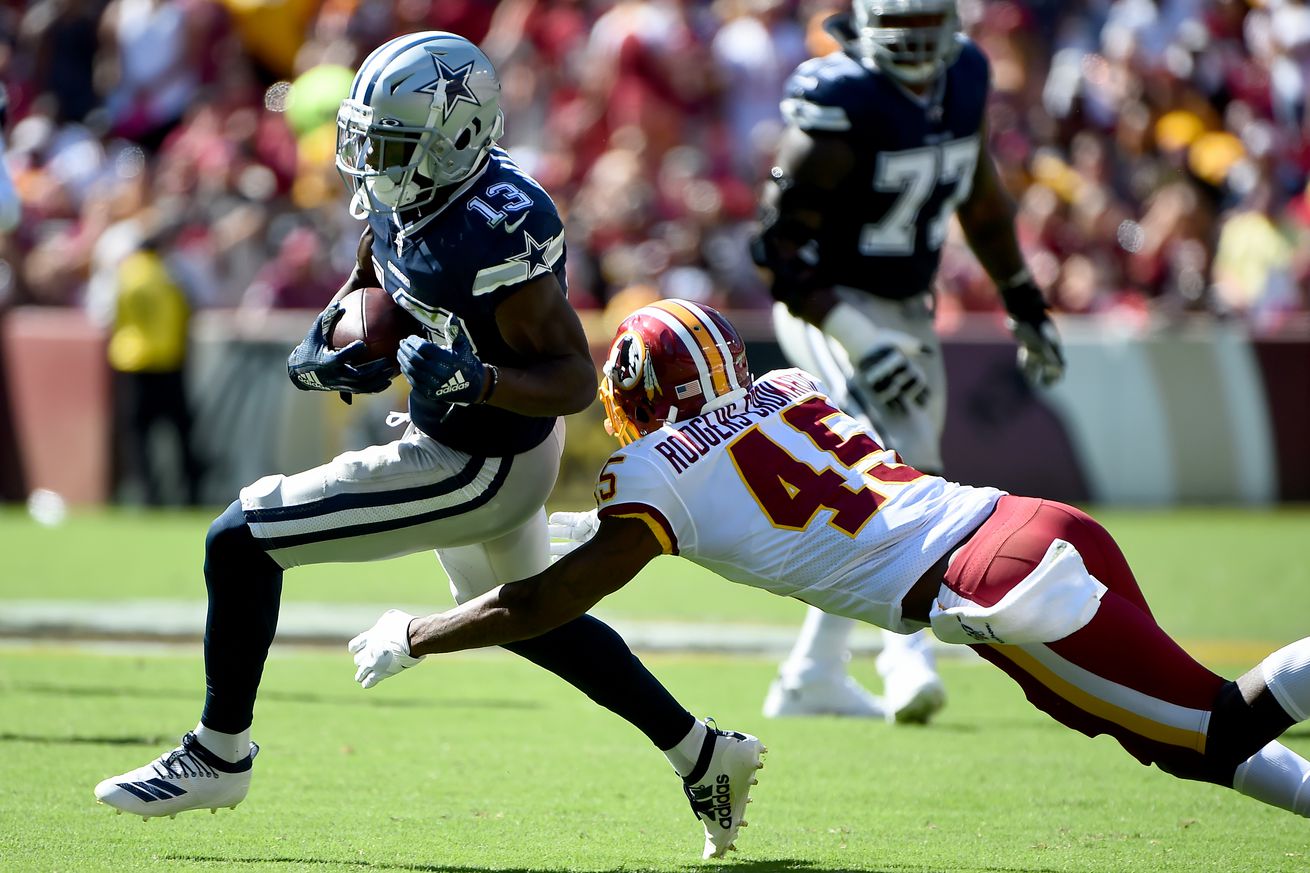 Photo by Will Newton/Getty Images

The first step in a Michael Gallup return.

The Cowboys have been operating without one of their better wide receivers for half of their season to date as Michael Gallup has missed the last two games following arthroscopic surgery.

From the moment that it was first announced that Gallup would miss time there was speculation about how long he would be out. Time ranges varied and it’s been something that has simply required patience.

Jerry Jones said on Tuesday that he wasn’t going to rule out Gallup playing this Sunday against the Green Bay Packers and it appears that one day later things are somewhat on track for that to potentially happen. According to ESPN, Gallup will take part in “at least a limited portion” of practice on Wednesday. That’s a good sign.

Wide receiver Michael Gallup will go through at least a limited portion of practice today as he works back from Sept. 16 knee surgery, according to a source.

Of course taking part in a limited portion of practice hardly guarantees that Gallup will play this week, but it is an important first step.

Hopefully Gallup is ready to roll because the Cowboys have sorely missed his ability to separate and get open. Obviously we want him to wait until he’s fully ready before he returns, but it’s possible that that’s where we’re at.