With less than 10 days until the Dallas Cowboys are approaching the clock with the 10th pick in the 2021 NFL draft. If things fall a certain way, Dallas could be in a position where the top defensive player in the draft is available to them. That likely won’t be a safety, which is one of the positions Dallas has thoroughly neglected over recent and not-so-recent years. Speaking on 105.3 the Fan’s K&C Masterpiece on Monday, Cowboys executive vice president Stephen Jones addressed this as they discussed all facets of the draft.

It is well documented that over the last decade Dallas has only invested one top-100 pick into the safety position. Commenting on why the Cowboys don’t value the spot, Jones said,

“There’s some method there but at the same time we’ve made some pretty strong attempts to change that. . . I can talk about Earl Thomas. . .  when he was younger it was documented. We made some runs at him. And then other veteran safeties that are really, highly thought of, we made runs at. And then, of course, in the draft we’ve been right there and had safeties right there in the mix only to make a decision to take another position. . . We certainly, if the right guy presents itself, we’re going to do the jump.”

Could this be the year that the Cowboys decide to finally start valuing the safety position. With the mix of Donovan Wilson, Damontae Kazee and Neal likely in the mix at safety next season, Dallas should not shy away from drafting a safety who can play centerfield in Dan Quinn’s system.

When looking at the lanscape, there doesn’t seem to be a safety considered a good fir for No. 10, but there are several who seem like back-half first-round options and especially fits on Day 2 of the draft.

As for No. 10, Jones discussed some of the opportunities that could present themselves and it could be a defensive smorgasbord.

“We’re going to get great opportunities because of the depth, not only because of quarterback, but offense in general. . . certainly this should be pushing some defensive football players our direction.”.

This should be music to the ears of fans as the Cowboys are in desperate need of top-end talent on the defensive side of the ball.

Even with a number of players signed in free agency, Dallas would be wise to still draft at cornerback, safety, linebacker and defensive line. When asked if the Cowboys need help along the defensive line or the secondary, Jones responded,

“I think defensively it’s across the board. You can’t ever have enough defensive linemen. . . it’s obviously our ongoing annual need for safety, which never seems to end in terms of draft pick resource or dollar resource. We just — it’s been at the low end of the totem pole there. But then of course with the game becoming such a game that’s played in space, you can’t have enough of those linebackers who can cover. . . But I think defensively we have to get better. Certainly that’s one of the goals in this draft is to improve defensively”.

Jones’ comments are certainly insightful to what Dallas is thinking about in terms of improving their defense.

While cornerback prospects like Patrick Surtain, Jaycee Horn and Caleb Farley (if his medicals check out) are still likely to be the top defensive prospects available to the Cowboys at 10, Jones never flat out acknowledges the need at the position.

In regards of never having enough defensive linemen, could Dallas be interested in taking an edge rusher like Kwity Paye, Azeez Ojulari or Jaelan Phillips at 10? While many in the media believe that these prospects would be better fits for the Cowboys in either a trade back or a potential trade back up into the first round scenario, it is worth noting that NFL Network’s Daniel Jeremiah mocked Paye to the Cowboys in one of his earlier mock drafts.

The most noteworthy part of Jones’ answer to the question about ‘needing help along the defensive line or secondary’, is Jones felt the need to go into depth about his thoughts on the linebacker position. With Leighton Vander Esch’s injury history, Jaylon Smith’s up and down play and Keanu Neal (who will be used as a hybrid linebacker/safety) on a one-year deal, Dallas could surely use an athletic linebacker that can cover. While the Cowboys likely would not target a linebacker at 10, it could be another position Dallas might target if they were to trade back or trade back into the first round. If the Cowboys are not able to land a day one linebacker, expect them to add one at some point in the draft.

While the recent comments from Jones still have to be taken with a grain of salt considering it is draft season, there is some truth within his comments. And while the Cowboys have defense on their mind one can’t ever rule out offense with the No. 10 pick according to Jones.

“if the right guy presents himself, not unlike CeeDee [Lamb] did last year, you just got to be in a situation where he’s by far the best player left on the board, then you’ve got to have confidence that you can make that selection.”

Full 2-round mock draft sees WFT, Bears move for QB, Cowboys bail on 10, return to Round 1 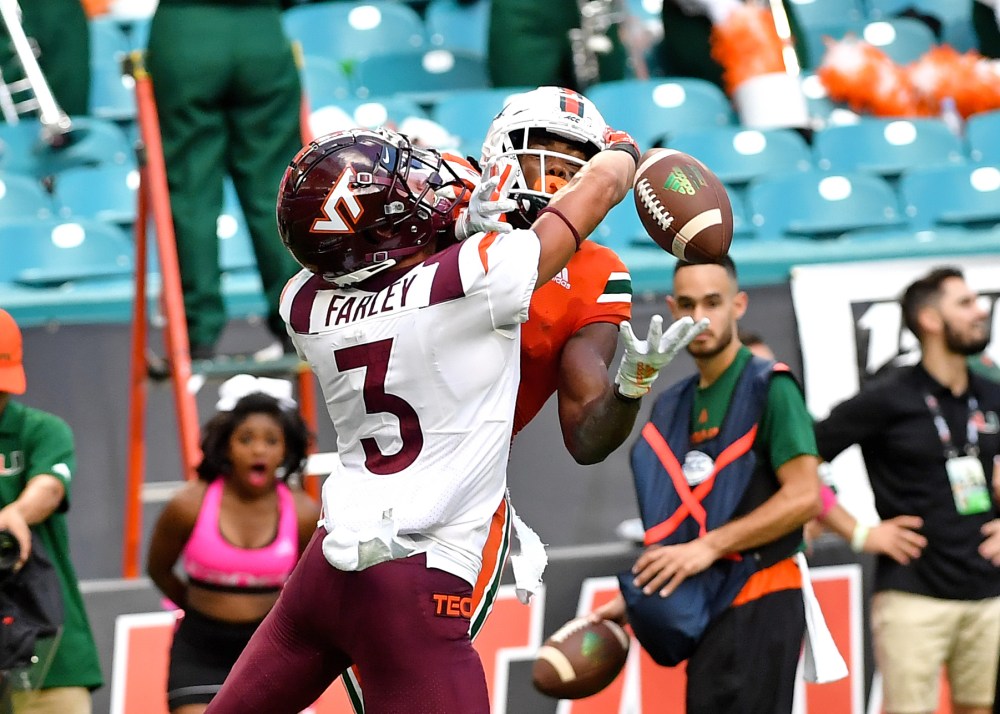 Cowboys draft help for Hill, Gallimore could come in any of the 7 rounds 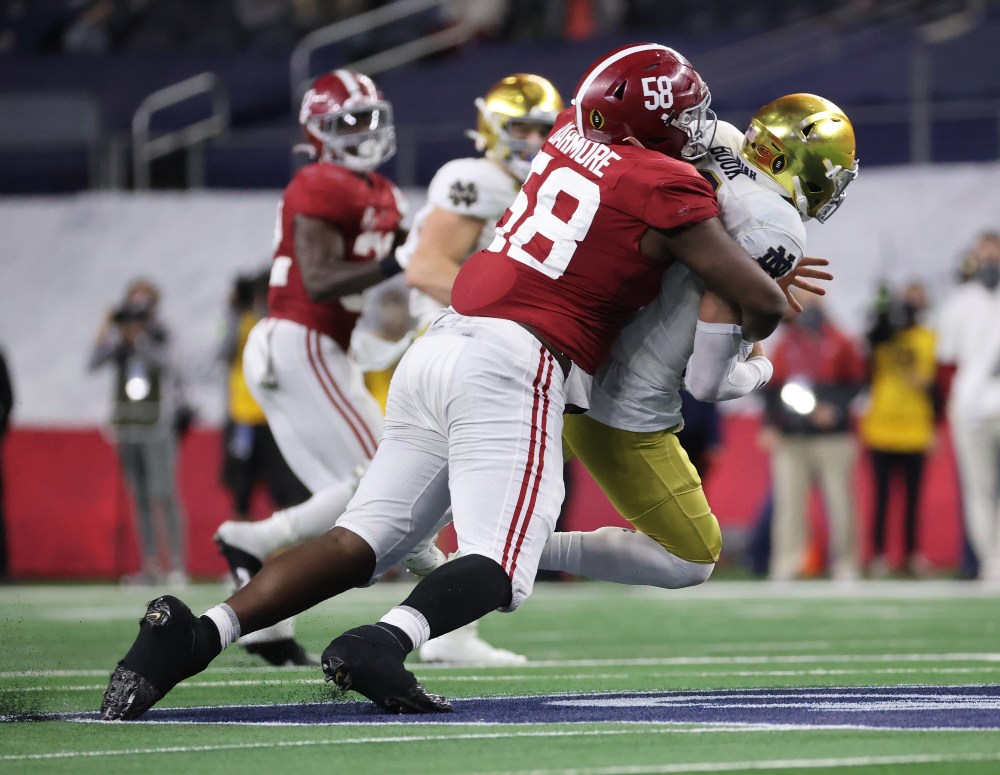