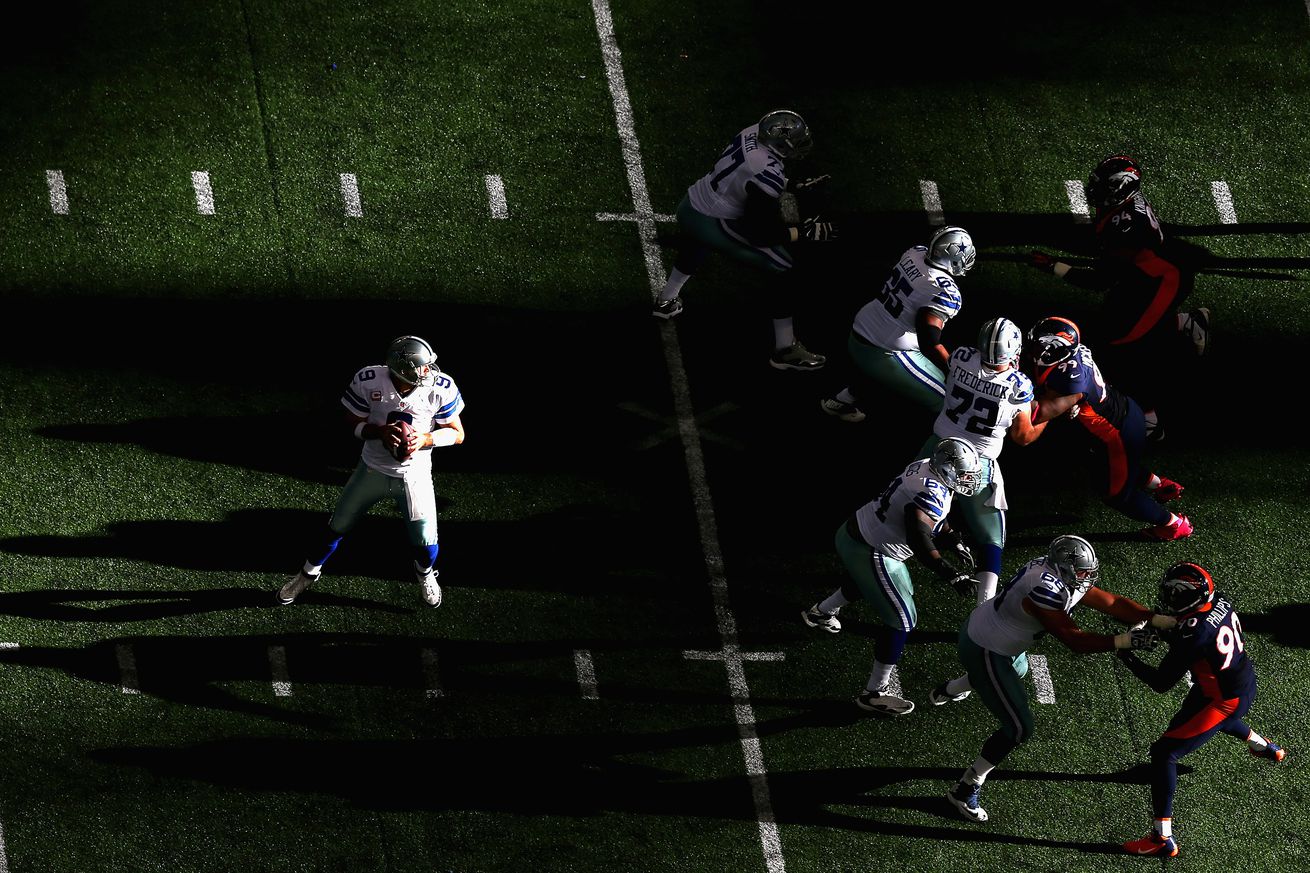 Neither of those numbers are divisible by seven, the amount of days in a week, which means that the day that a certain date falls on this year will not be the same next year. For example, October 1st was Tuesday this week, it will be Wednesday next year. You get it.

It’s only every so often that a date falls on the same day. 2019 is a year that mirrors 2013 in that way and this Sunday is October 6th. That means Sunday, October 6th, 2019 will be the first Sunday, October 6th since 2013. Something pretty incredible happened on that day.

Six years ago at this time we were all gearing up to watch the 2-2 Dallas Cowboys host the then-undefeated Denver Broncos. Peyton Manning was in the middle of what would be an MVP season for Denver and had yet to throw an interception. The Cowboys had just lost in San Diego and things were feeling a bit bleak.

Little did we know that Tony Romo would just about out-duel Peyton Manning with only one real blemish (an unfortunate one). It was one of the biggest offensive outputs we (as in the entire NFL) had ever seen in a single game. It’s regarded as a favorite game by many Cowboys fans despite the fact that the team lost.

It’s likely that you remember where you were and how you watched this game. There were a lot of ups, downs, and one ultimate gut-punch. The game featured the first touchdown ever caught by Terrance Williams and some of the finest football ever played by Dez Bryant.

Only three offensive starters from this game remain on the Cowboys and that’s considering that one took a sabbatical in Jason Witten. This game is so far in the rearview mirror that it pre-dates Zack Martin being drafted and took place in Travis Frederick’s rookie season.

Defensively, well, this wasn’t a very good defense. Considering the fact that Romo threw for over 500 yards and that the Cowboys lost seems like enough proof of that, but only one starter remains, and he’s not even starting for the current Cowboys.

Looking at that is… well, it’s something. To think that Tony Romo damn near lifted this group to victory over one of the greatest offenses in NFL history speaks to the types of herculean efforts he was able to pull out of himself. It’s incredible.

This game is arguably the microcosm of Tony Romo’s career

There will be many to suggest that the 2011 game in San Francisco is more encapsulating of who Tony Romo was as the quarterback of the Cowboys given his physical toughness and inability to give up. To me, this game against Denver summarizes him more than any other four quarters of football could.

Romo was magnificent against the Broncos and, again, arguably out-performed Peyton Manning of all people. Drive in and drive out when he had to respond with more points somehow Romo found a way all the way up until the end when he threw an ill-timed interception (after friendly fire from a teammate, mind you).

Years from now when we have to educate future generations on who the Cowboys were with Tony Romo we might as well just show them this game. He spotted his defense 14 points early in the game and saw it dissolve faster than half of the world when Thanos snapped his fingers.

Hopefully this Sunday, October 6th finishes better for the Cowboys

When the Cowboys played that Sunday, October 6th game they did so against a quarterback in his 16th NFL season in Peyton Manning.

When Dallas squares off against the Green Bay Packers this Sunday, October 6th they’ll be taking on a quarterback in his 15th season in Aaron Rodgers. That’s neat.

Time moves on and memories become more distant. Just know that when a football game is played this Sunday afternoon at AT&T Stadium that exactly six years prior to one of the greatest ones we’ve ever seen happened.