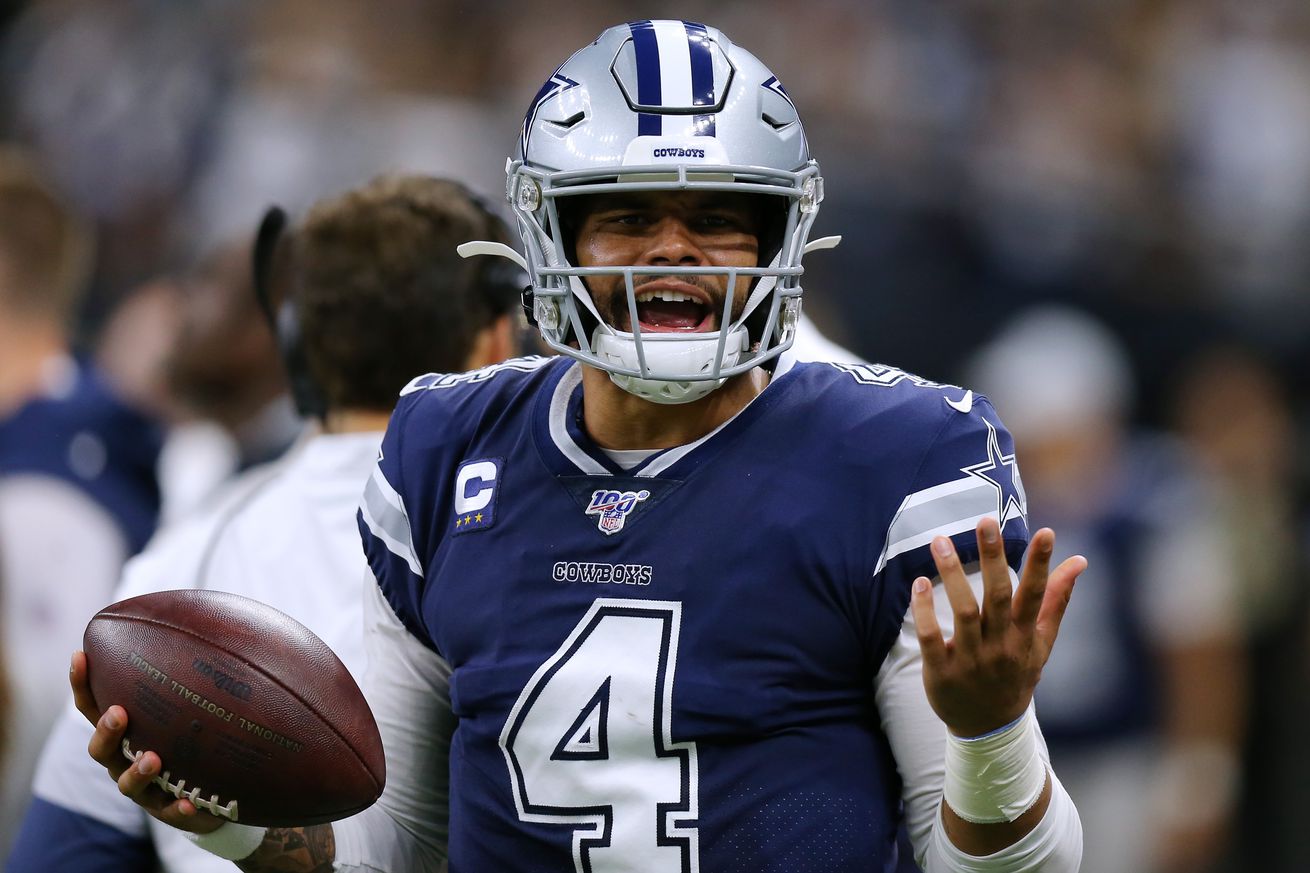 Quarterback was not the issue in Cowboys loss.

There are often instances in football games where one player does all he can and it ultimately is for not because his team loses.

We’ve seen games like this across the National Football League this season. Perhaps the best example has come from within the Cowboys division with Carson Wentz and the Philadelphia Eagles. A quarterback can only do so much. He can’t throw and catch the ball, so to speak.

The Cowboys had one of these games in New Orleans. Dak Prescott didn’t exactly light the box score on fire, but he certainly did enough things to put his team in position to win. Unfortunately, the pieces around him on offense didn’t do enough of their part.

Randall Cobb has got to make that catch

When the Cowboys offense had seemingly found some rhythm in the fourth quarter they were facing another third down and, like in the first quarter when Prescott overshot him a bit, once again Dak looked to Cobb.

This play, honestly, felt like the game to me when it happened.

Dak was 14 of his last 15 for 138 yards at this point. This was a big 3rd down opportunity near midfield after New Orleans just drained 9+ minutes off the clock.

Game may have been different if they connect here. pic.twitter.com/LWXbUhZUkU

Cobb absolutely has to make this catch. The ball is a little bit behind him, but he’s a talented enough receiver that he has to come down with this. The state of the game very much – and ultimately did – depends on it. This is a critical miss by him.

It’s true that Jason Witten has fumbled something like four times in his 539,275 games in the NFL, so it’s not like we’re talking about a recurring habit or anything. Still though, putting the ball on the turf is always going to really hurt.

It felt like every time the Cowboys offense would take one step forward that they’d then take several in the opposite direction. Fumbles will do that to you.

This one is more on NFL officiating than it is on the player himself, but Zeke’s fumble was really untimely for the Cowboys. It also wasn’t a fumble.

This play happened inside of the two-minute warning in the first half. The Cowboys were approaching midfield. Losing the ball and any chance to get any points (not to mention the fact that New Orleans turned the possession into a field goal themselves) really hurt.

In the same way that it’s hard to totally penalize Ezekiel Elliott for his fumble, it’s difficult to see how Amari Cooper was called for offensive pass interference twice.

Officiating has been awful throughout the NFL this season (the Cowboys have been on both the good and bad side of this) but it felt like it hurt Dallas more than it has so far on Sunday night. OPI calls when you’re trying to move on offense are serious drive killers.

Cooper isn’t a player that typically draws penalties. This is definitely an aberration.

The offensive line getting handled

Sunday night in New Orleans was not the best performance by an offensive line that many people regard as the best in the NFL.

Siri, Draw me a picture of a big-time OL getting its lunch handed to it: https://t.co/rx4ODFXZfe

It didn’t help matters that the Cowboys insisted so hard on running the ball on first and second down, but man, this is really hard to look at.

Dallas seems to have a quarterback in Dak Prescott that is capable of doing a lot of things. It would behoove them to have him do those things as opposed to trying to do other things, but common sense or whatever.