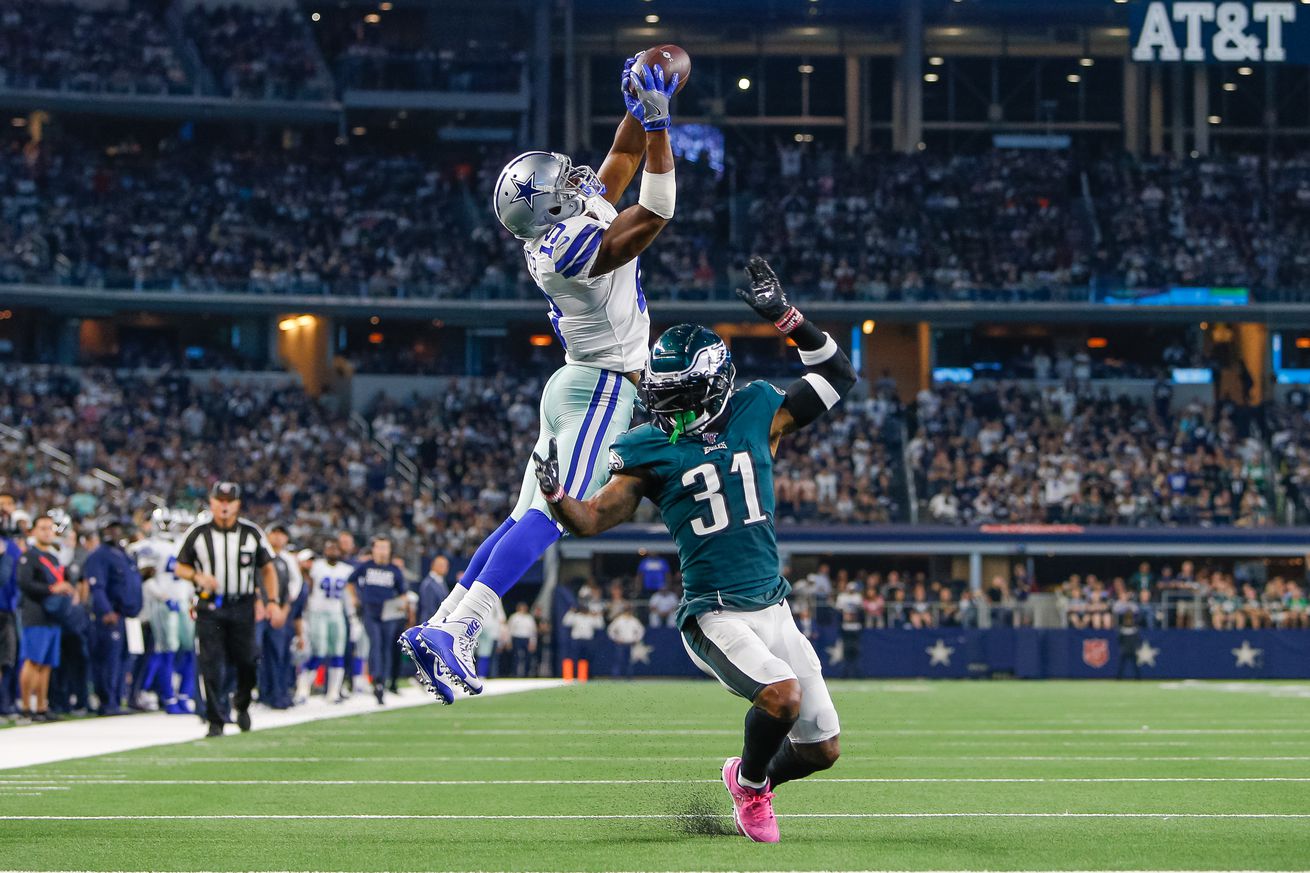 Let’s just agree that Amari Cooper was worth a first.

The Dallas Cowboys defeated the Philadelphia Eagles on Sunday night. Defeated them badly.

It’s always fun beating the Eagles, and thanks to Amari Cooper, the Cowboys have done a lot of that recently. We all know full well that the offense has been drastically different since they acquired him a year ago.

Amari Cooper changed the Cowboys. He changed their offensive identity and he put them back on their winning ways. This latest victory was their third in a row against the Eagles. All three of those have come since the Cowboys acquired Cooper.

Cooper has made a habit of beating NFC East teams while wearing a star on the side of his helmet. This latest game against the Eagles was his seventh division game and what do you know, he’s been on the winning side of them all!

This is unreal when you really think about it. It’s hard to believe that it only took a first-round pick for the Cowboys to pry Cooper away from the volatile environment of the Oakland Raiders.

You trade for big-time players to make big-time plays. That’s exactly what Amari Cooper did when he saw a ball headed his way… he turned on the afterburners to beat Jalen Mills for it and it was incredible.

YO WHAT ON EARTH AMARI

Cowboys/Eagles summed up in one photo

There is no obvious and direct correlation between the Cowboys acquiring Amari Cooper and suddenly going off against division rivals. To be fair to the point, Eli Manning, Colt McCoy, Case Keenum, and Carson Wentz have been the starting quarterbacks for the other teams in those contests, hardly an intimidating list.

The fact remains, though, that the Cowboys are a very dangerous offense against anyone with Cooper in the fold. He had 106 yards against Philadelphia, but it was the type of catches and the moments that he had them where he truly was significant. That catch over Jalen Mills was something, but so is just about every route he runs.

If you had to describe this route from Amari as a type of food, what would you choose?

It’s going to be a good week and then some.