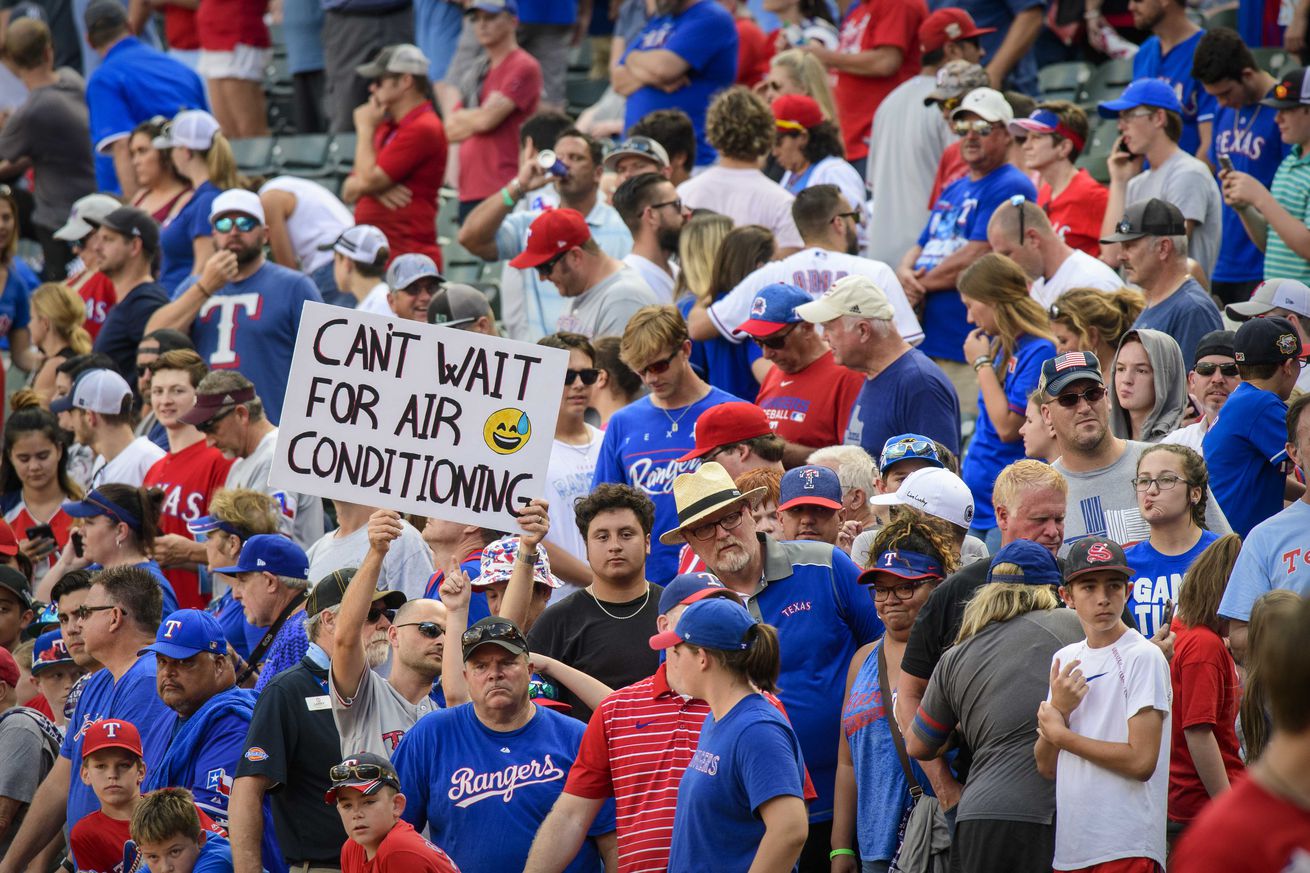 Good morning. There’s always a sense of melancholy the day after a baseball season comes to an end and that becomes exacerbated many times over when your favorite franchise says goodbye to an entire era on the season’s final day.

The Ballpark years are over and now we’ve got an extra three and a half hours on our hands every day for the next six months while we ponder what the next age of Rangers baseball will bring.

T.R. Sullivan writes that the Rangers ended their years at The Ballpark in Arlington in style with a win over the New York Yankees.

Jeff Wilson notes something I didn’t notice, the Rangers won Sunday’s final game by the same 6-1 score over the Yankees that sent them to the World Series in 2010. Baseball just does things like that sometimes.

Evan Grant writes that The Ballpark came to life one last time with a full crowd cheering on a Rangers win in the place they and the franchise itself came of age.

Wilson notes that the Rangers were even able to bargain with Nolan Ryan to appear and throw out the final first pitch and it didn’t even take an act of God or congress (just a little hot dog beef side deal – no joke).

Grant collected quotes from several of the people who made the era special with their thoughts on saying goodbye to The Ballpark.

As far as the 2019 season went, Sullivan writes that Danny Santana became a fixture and the Rangers hope that continues in 2020.

Sullivan also offers five questions that the Rangers will need to answer this winter as they begin a new stage on a new stage at Globe Life Field.

And, finally, even the AP got in on acknowledging the Rangers’ universe for saying goodbye to their Ballpark which included quotes from Shirley “Cookie Lady” Kost herself.

Have a nice offseason! 🙁