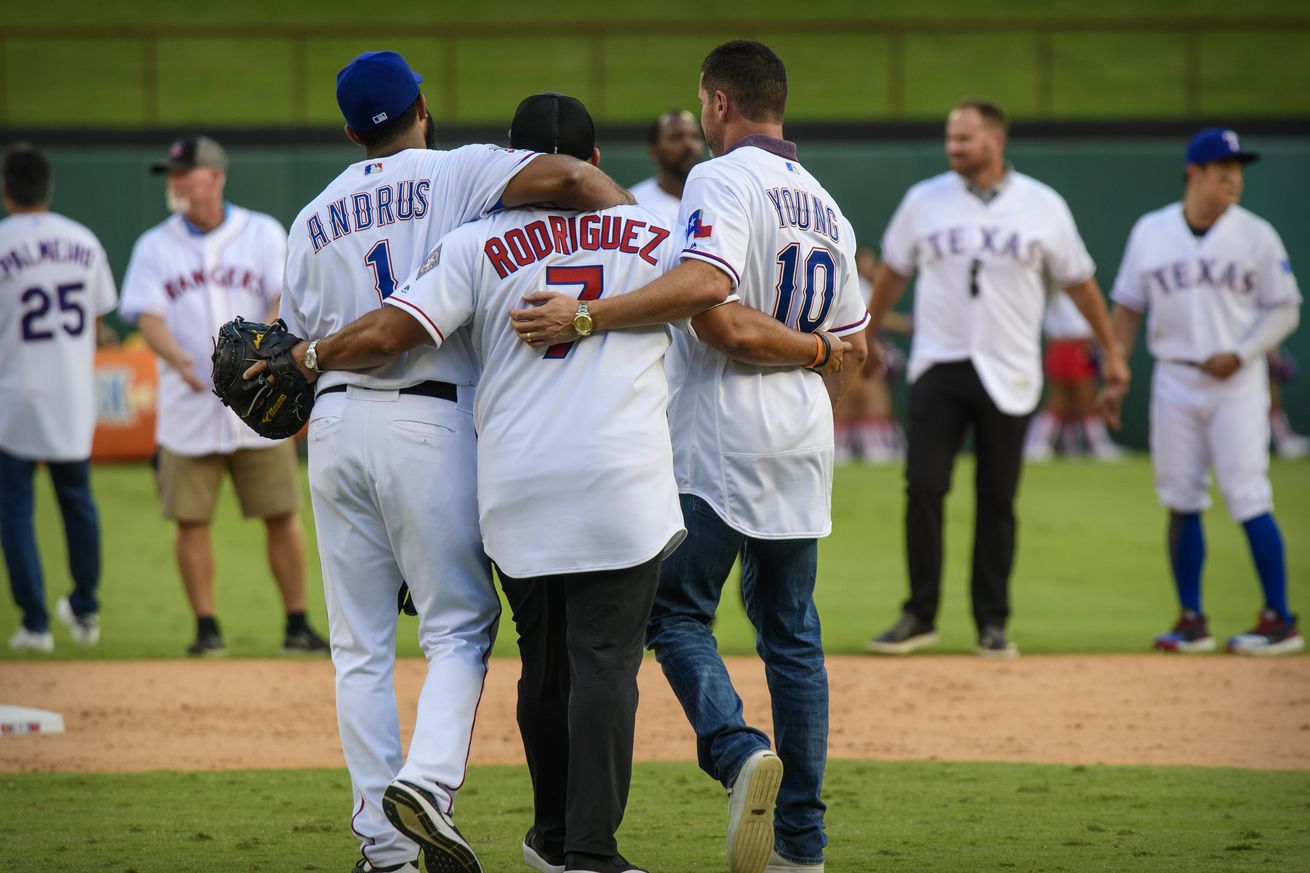 So that’s really it, huh? The Texas Rangers 2019 season has officially come and gone. Globe Life Park The Ballpark in Arlington, is no more. Those last few months were rough but it wasn’t all bad, kinda feels like it was over too quickly. As much as I had been looking forward to the end of the season at the start of the week, when Sunday rolled around I didn’t want Rangers baseball to be gone. But isn’t that how most season end?

But they sure now how to shutdown a season and close down a park.

Since this is a week recap, lets get the boring, no-fun, parts out of the way first. They lost the series against Boston, it sucked. Until Thursday’s game. Which you’ve heard plenty about by now so I wont go through it all again. But lets all take a moment to look at the greatest moment a Rangers pitcher has ever given us on on Twitter, because you can never talk about this too much.

Ask me if I care Pete

So onto the weekend because Friday was also a bad game (even though Palumbo looked great initially, the Rangers lost 14-7), Saturday’s game was the surprise game. I didn’t expect the Rangers to have a chance at winning this game (or even the series for that matter) but something managed to click for them in this game.

Starting the bottom of the first, already down 1-0, Shin-Soo Choo and Danny Santana both get on via walks and then a double steal moved both of them into scoring position with Rougned Odor, who had an a really great final month, coming up to bat. A double gives them a lead they won’t relinquish. In the bottom of the fourth, Jose Trevino doubles to score Scott Heineman (who walked three times on Saturday). The bottom of the sixth was where the Rangers really started their closing of the park with a bang. With no outs, they loaded the bases. Willie Calhoun walks to score Isiah Kiner-Falefa, Santana strikes out, then once again Rougie comes up to bat and doesn’t disappoint. For his 30th homer of the season, he hits the final grand slam in Globe Life Park. The Rangers go on to win 6-4 and kick off the final fireworks of the of the season and park, they get the feels started with this:

For the last time at Globe Life Park, we turn the lights off…#TogetherWe | #FarewellGLP pic.twitter.com/dWcq1ghAPV

(Sunday’s recap kinda bleeds into the ceremony stuff so I’m breezing through the general recap here, bare with me!)

This was the game I most expected the Rangers having a chance to win. With Lance Lynn on the mound, it just made the most sense. Now Lance Lynn came out saying he was going to treat it like a playoff game, and with the atmosphere of a sold out park, I imagine it wasn’t hard to do so. And he freaking did it. Probably his best/most efficient outing of the season, Lynn went 7.1 innings and gave up just one run on two hits and a walk, and struck out 10 on 101 pitches. The Rangers won 6-1, with surprisingly with no homers, all small ball (and a few errors from the Yankees). Jose Leclerc looked like shades of his former self to close it out, going 1.2 innings, giving up just one hit and striking out three. Including the final strikeout of Giancarlo Stanton. which of course, how could you not close out a season like this, a park like this, without a very close to perfect story book ending.

THEY WON THE FINAL SERIES AT GLP AGAINST THE YANKEES, A FINAL STRIKEOUT. AND THE MOST ICONIC MOMENT THERE IS STRIKING OUT A YANKEE I LOVE THIS STUPID SPORT #FarewellGLP pic.twitter.com/NPQlr82xKe

Now going into Sunday’s game, we all know there are gonna be a lot of pomp and circumstance to close the season out. Yes it’s just a building but dang did they really get me to feel a lot of feelings about it, didn’t they?

They made a very big deal about there being a first pitch and a final pitch, they were very secretive about it, and much like Ron Washington showing up for Michael Young’s number retirement, I am very impressed with how under wraps everything stayed.

While I found it just a tad weird that Nolan Ryan was throwing out the first pitch, and to Kenny Rogers (shouldn’t Kenny have thrown it to Pudge?) it was a “this is weird but cool and I’ll accept it” kind of moment because it was so unexpected.

Elvis Andrus getting the final Gatorade bath at Globe Life felt especially fitting since he’s the one who started that back seasons ago for the team and with him being the last guy from the playoff teams, it felt very sentimental.

Speaking of sentimental, the All-Globe Life team?! When they announced that at the end of August, I thought “Oh a cool farewell thing,” didn’t think they’d do anything with it. Then when they said they were doing an on-field thing with it, I was like “Ok but less than half will show up probably.” But I never expected them to get 15 of the 24 players. Especially considering of the nine that didn’t come, five of them are playing on other MLB teams anyway. I also wasn’t expecting Josh Hamilton to appear since after his Rangers HoF induction, that just seemed like the last time we would see him for a while.

The fact that the Rangers managed to bring in so many iconic Rangers from all the generations of teams that have played at the park (and Napoli tearing up while wearing his number 25 jersey and standing in the catcher’s position!!) was the moment that really spoke to how much a this stadium means. Seeing Adrian Beltre on the field again with Elvis to his left? The best!! Watching the final pitch be Michael Young throwing from the mound to Ivan “Pudge” Rodriguez behind home plate, who then threw to Elvis Andrus at second? Beautiful. All of their happy faces like kids moving on from their childhood field where it all started? How can you know just have a happy cry or at the very least a teary smile plastered on your face?

Sure it’s just a building, but it’s a freaking gorgeous one and if you didn’t get chills the moment you stepped foot in their and saw the field for the first time? You’re a robot. Seeing all those amazingly talented players there and all the memories of 25 years, to quote the great Moneyball (just pretend it’s not about the Oakland A’s for like three seconds!),

How can you not be romantic about baseball?