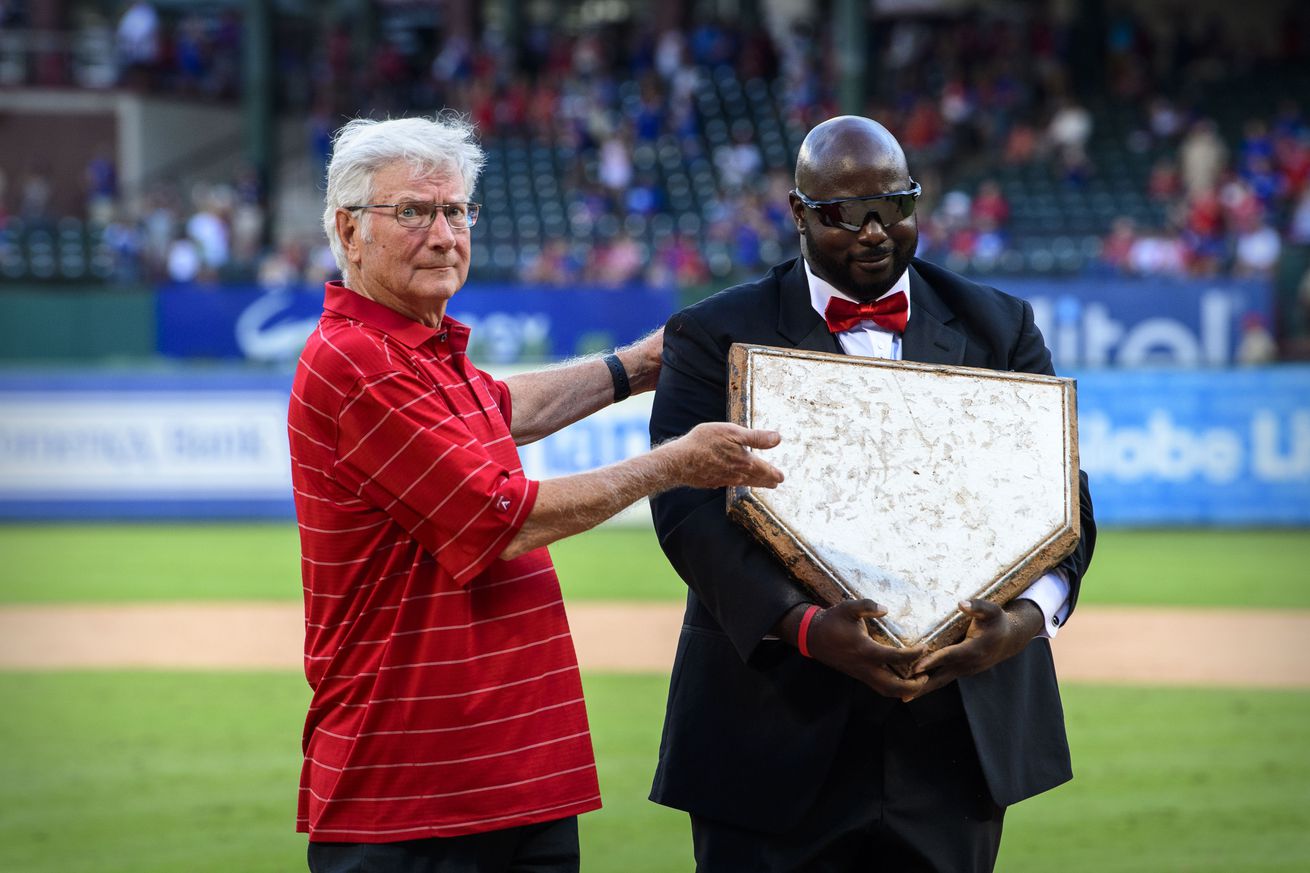 This just in: Oakland A’s fan suddenly realizes that it’s too hot for baseball in North Texas.

Evan Grant says that a bigger payroll won’t beat the Astros but, dadgummit, ownership owes it to us!

If you’re into enjoying Ranger postseason baseball through some sort of vicarious transitive process, here’s a roundup of former Rangers in the playoffs.

Don’t expect the Ranges to spend lavishly on free agents just to bring fans to the new ballpark, as Daniels says that they won’t be making personnel decisions for marketing purposes.

The last baseball game at Globe Life Park was played in front of “a few hundred fans” and featured TCU and Rangers prospects facing off to a draw.

Levi Weaver takes a look at five things we learned about the Rangers in 2019.