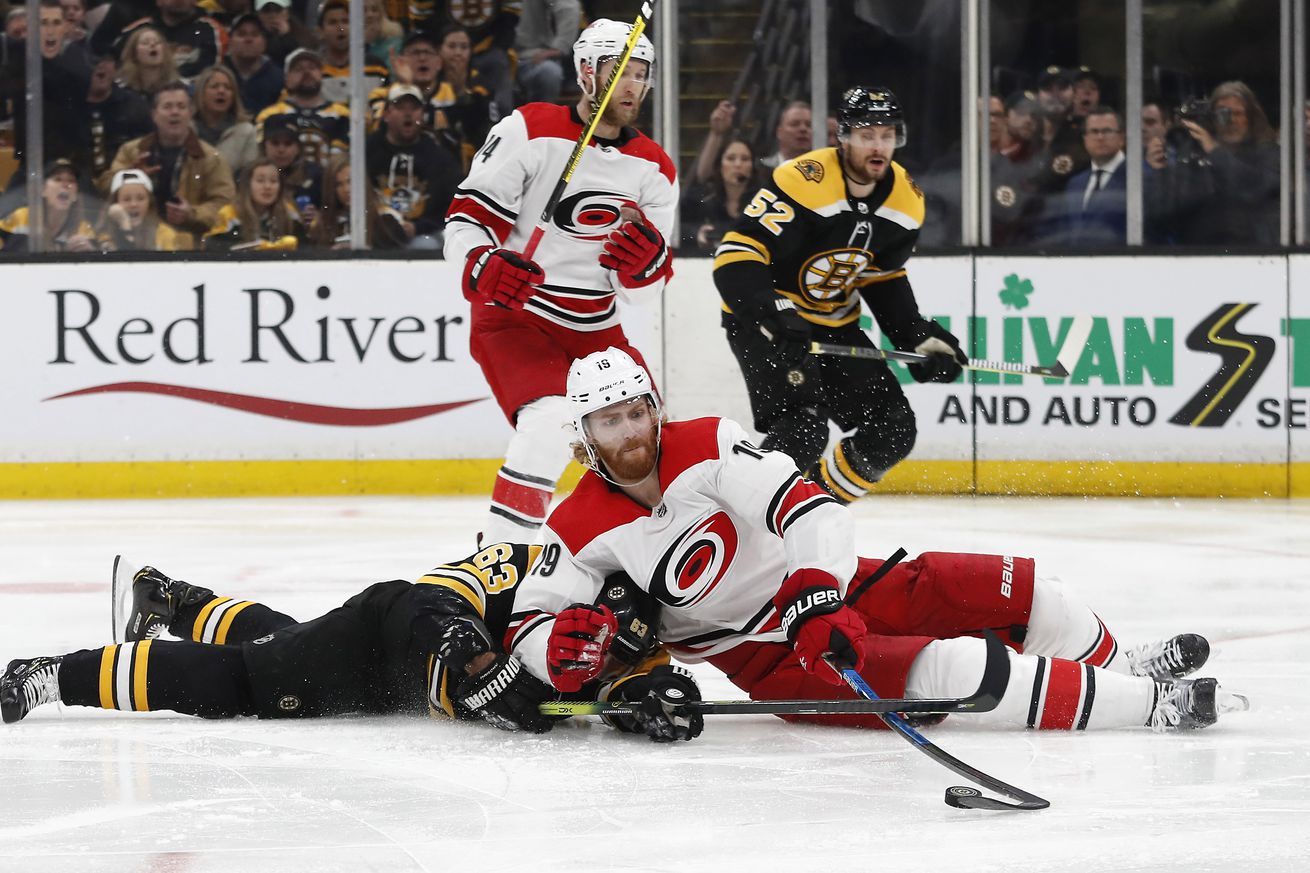 Who will win the Atlantic? What about the Metropolitan? The DBD crew discusses their picks.

The 2019-20 NHL regular season is finally here, which means it’s time for everyone’s favorite annual tradition — predicting the final season standings! Sure, they’re almost always going to be horribly wrong once some teams inevitably defy expectations (see: the 2018-19 St. Louis Blues any given month), but that’s what makes it so awful fun!

We’ll start things off with our predictions for the Eastern Conference, where the Atlantic picks are mostly the same and the Metropolitan is a roller coaster.

Taylor: Tampa skates to an easy divisional title in the Atlantic. The Florida Panthers end up taking a Wild Card spot, thanks to new head coach Joel Quenneville, and even though you want to think the Pittsburgh Penguins are ready to hit a decline, they benefit from a weaker division and until the rest catch up, they’ll be in the postseason again.

Robert T: The three good teams beat up on all the bad ones, kicking both wild cards out to the Metro. You’ve seen this movie before.

Logan: It’s no shocker here that Tampa Bay and Toronto finish in the top two spots. What is the shocker is that the Florida Panthers make it into a playoff spot just behind Boston. The Sabres make an effort, but in the end fall to non-playoff obscurity along with the lackluster Red Wings, the injured-laden Senators, and the Canadiens, who have just plain struggled the last few seasons.

Derek: Possibly the toughest division in the league, Tampa Bay and Toronto are going to provide plenty of entertainment, while Boston will grind their way to success as always. A weak Metro will help Montreal and Florida make the playoffs, but Buffalo, poor Buffalo, will once again be on the outside looking in.

Tyler: After the division’s Top 3 teams, the rest of the Atlantic is pretty lackluster — Sergei Bobrovsky is enough of an X-Factor to put the Panthers into the final Wild Card spot over the Sabres, while everyone else is in the league basement. In the playoffs, Tampa Bay does their best Virginia Men’s Basketball impression and steamrolls their way to that illusive Stanley Cup.

Rob M: This one seems fairly straight forward to me — Tampa Bay, Boston, and Toronto are the class of the Atlantic. Florida will be much improved with goaltending in place, Montreal is in a weird place but they should be a thorn on most nights. Buffalo is improving, slowly, but improving but not up to the task. It’s going to be another cold winter in Detroit.

Mark: The Lightning and Maple Leafs fight for the President’s Trophy. Boston leads a group of also-rans, but fall to Toronto in the first round. Florida squeaks into the final playoff spot.

Taylor: The Metro looks like the buzzsaw out East, but I think the Washington Capitals find their groove and stay above the fray. The Carolina Hurricanes make it as a Wild Card, playing with a chip on their shoulders to prove the haters that last year wasn’t a fluke.

Robert T: If the Islanders could do it last year, why not the Rangers? Well, for a couple of reasons probably, but go ahead and say they go on a PDO bender while the Isles realize that Robin Lehner was sort of important. Probably the Capitals are most likely to prove me wrong here, but hey, let’s say this is the year Carolina finally looks good.

Logan: The Devils come out swinging thanks to winning the 2019 offseason and never quite stop. They pull away from the rest of the division, leaving Pittsburgh, Washington, and Carolina to battle for the remaining playoff spots. Columbus, lacking Matt Duchene, comes back down from their decent 2018-19 playoff run and stays solidly in the middle of the division, along with the Flyers, who continue to struggle despite drafting well in recent years. The Islanders regress after their Cinderella playoff run and join the Rangers near the bottom of the division.

Derek: This will be the year that #FancyStats rule the day, and the Hurricanes will continue to be a popular success story. The rest of the Metro will be far less exciting, as veteran Washington and Pittsburgh teams decline. Another big story will be a weakened Columbus team not having the ability to retool after going all-in last year.

Tyler: The Islanders crash back down to Earth after a Cinderella 2018-19 season, though not as hard as the depleted Blue Jackets. The Devils’ offseason additions are enough to push them into a Wild Card spot, while the Rangers’ get them close but not close enough.

Rob M: This division isn’t great and is extremely top heavy. Washington, Pittsburgh will remain the top teams, with the New York Rangers shooting up to relevance. The Hurricanes should be fun again and the Jackets are going to be terrible.

Mark: Washington runs away with the division, but Carolina is still the most dominant team in shot share. Pittsburgh is down, but still in, and the Rangers make a surprise return as a Wild Card. The Islanders and Blue Jackets return to the cellar.