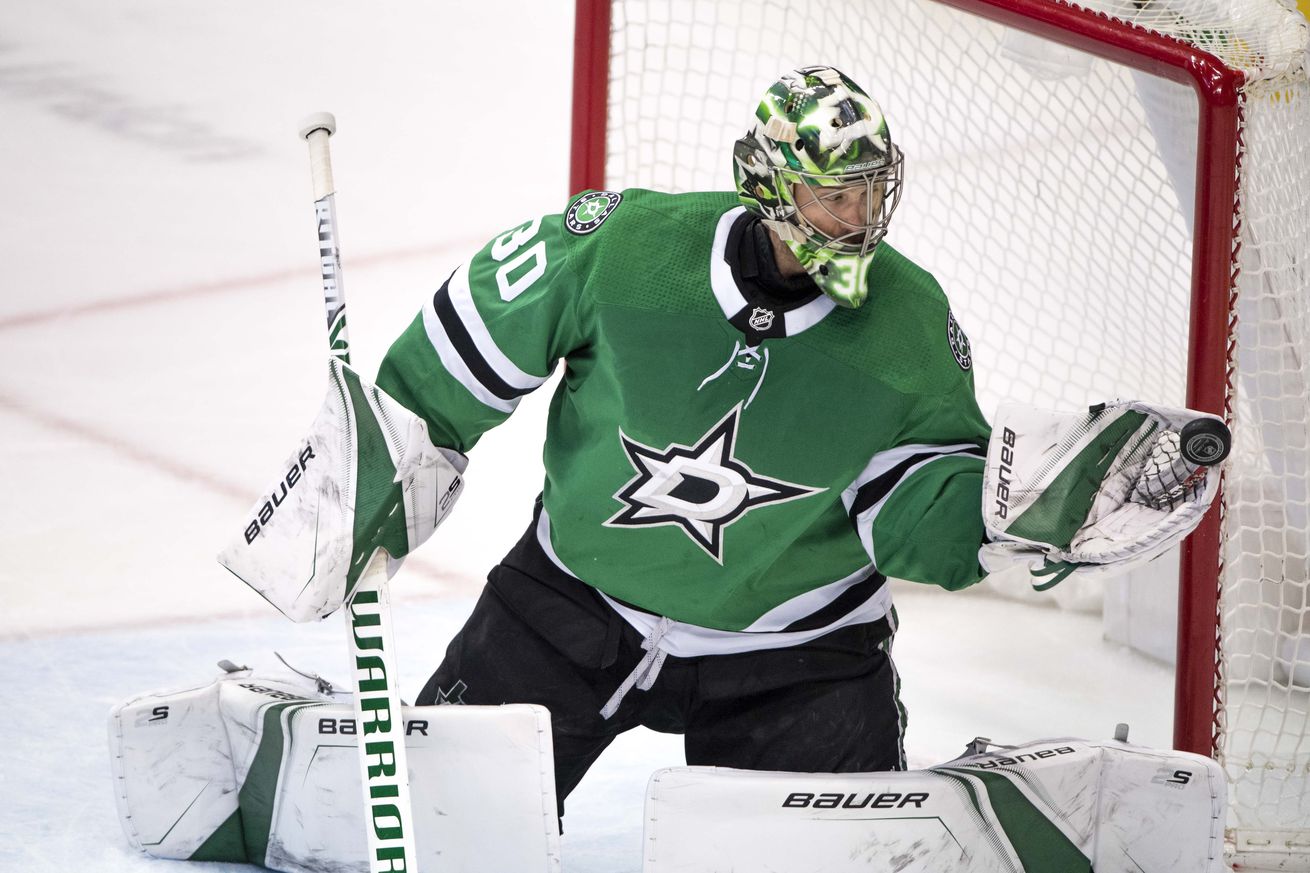 How high will the Stars fly this season? The DBD crew gives their thoughts.

The 2019-20 NHL regular season is here, which means it’s time for everyone’s favorite annual traditon — predicting the final season standings! Sure, they’re almost always going to be horribly wrong once some teams inevitably defy expectations (see: the 2018-19 St. Louis Blues any given month), but that’s what makes it so awful fun!

Yesterday, the Defending Big D staff broke down our predictions for the Eastern Conference. Before jumping into the Western Conference, let’s take a look at how we feel the Dallas Stars will fare this season.

For the third consecutive year, everyone has predicted the Stars to make the Stanley Cup playoffs (we swear we’re not biased). Almost everyone has Dallas slotted for 3rd in the division, with two picking the Stars to finish 2nd and one foolish brave enough to predict a new banner in the AAC.

Here are everyone’s individual predictions. Later today, we’ll cap things off with the rest of the Western Conference.

Taylor: It wouldn’t surprise me to see three teams fighting for the top three spots in the Central on the last day of the season, a lot like last year. I think when the music cuts out and teams are left scrambling for chairs, Dallas slips into third. They’ve got a tough schedule up front that could see a hole that’s hard to dig out of — or a lead that allows them cushioning down the stretch. At the least, they’ll make the playoffs in consecutive seasons for the first time in 10 years. 3rd in the Central.

Robert T: The Central is maybe the weakest (or least-strong, if you prefer) it’s been in a long time. I have Dallas finishing second, because they, Nashville, Colorado and St. Louis all look like teams that are just one major injury away from falling out of the pack. Also in the division are Chicago, Minnesota, and Winnipeg. Congratulations to Chicago, Minnesota and Winnipeg for also being in the Central Division. 2nd in the Central.

Logan: Joe Pavelski proves to be a useful addition to the roster and sparks Benn, Seguin, and Radulov into jaw-dropping magic that results in an abundance of points. Miro Heiskanen once again dazzles on the lead at the blue line ahead of a solid defense and already proven goaltending tandem. Corey Perry? Never heard of him. 2nd in the Central.

Derek: With the exception of some secondary scoring, the Stars have assembled a deep, balanced, talented team. But will it be enough to survive the Central this season? This team has had trouble living up to expectations in the past, and I’m not fully confident that they’ve finally found that “it” factor that championship teams have. If they can find that certain swagger and build momentum (and get a little more secondary scoring), the sky is the limit. 3rd in the Central.

Tyler: I’m fairly pessimistic when it comes to sports, so usually this is where I would talk myself out of Dallas as a Central heavy weight. But I’m somehow more pessimistic about the rest of the Central teams than I am about the Stars, so what the heck. 1st in the Central.

Wes: As great as John Klingberg is, and as great as Miro Heiskanen will be, the defense is still too thin. The offense is also counting chickens when it comes to Roope Hintz, Jason Dickinson, and a Jamie Benn rebound. They’re still short scoring for money, and over-reliant on their top end. If everything breaks perfectly, this team is elite, but there’s not very much wiggle room at all. 3rd in the Central.

Ann: Joe Pavelski was a good add this summer, and the Stars look better defensively if they’re not going to have to rely on Roman Polak every night. If the Stars have turned their score setting back on during the off season, there’s no reason they can’t be serious contenders. Of course, a lot depends on the goalie tandem staying healthy. I’m already lighting a candle for Ben Bishop’s groin. 2nd in Central.

Rob M: Adding Joe Pavelski helps the Stars in the top six if Roope Hintz can replicate and exceed his late season performance. The Stars have a talented and tested team but there are noticeable holes. Do they have that key fourth defenseman? Can the bottom six produce enough secondary scoring? And finally, can Ben Bishop replicate a Vezina worthy season? If the answers are yes, the Stars can run away with the central. I just don’t believe at this time that they are. 3rd in the Central.

Mark: There were no game-changers in the offseason improvements made by the Stars. Secondary scoring remains an issue while the defense remains solid and a major focus. Dallas should make the playoffs, and once there, could make a run. 3rd in the Central.