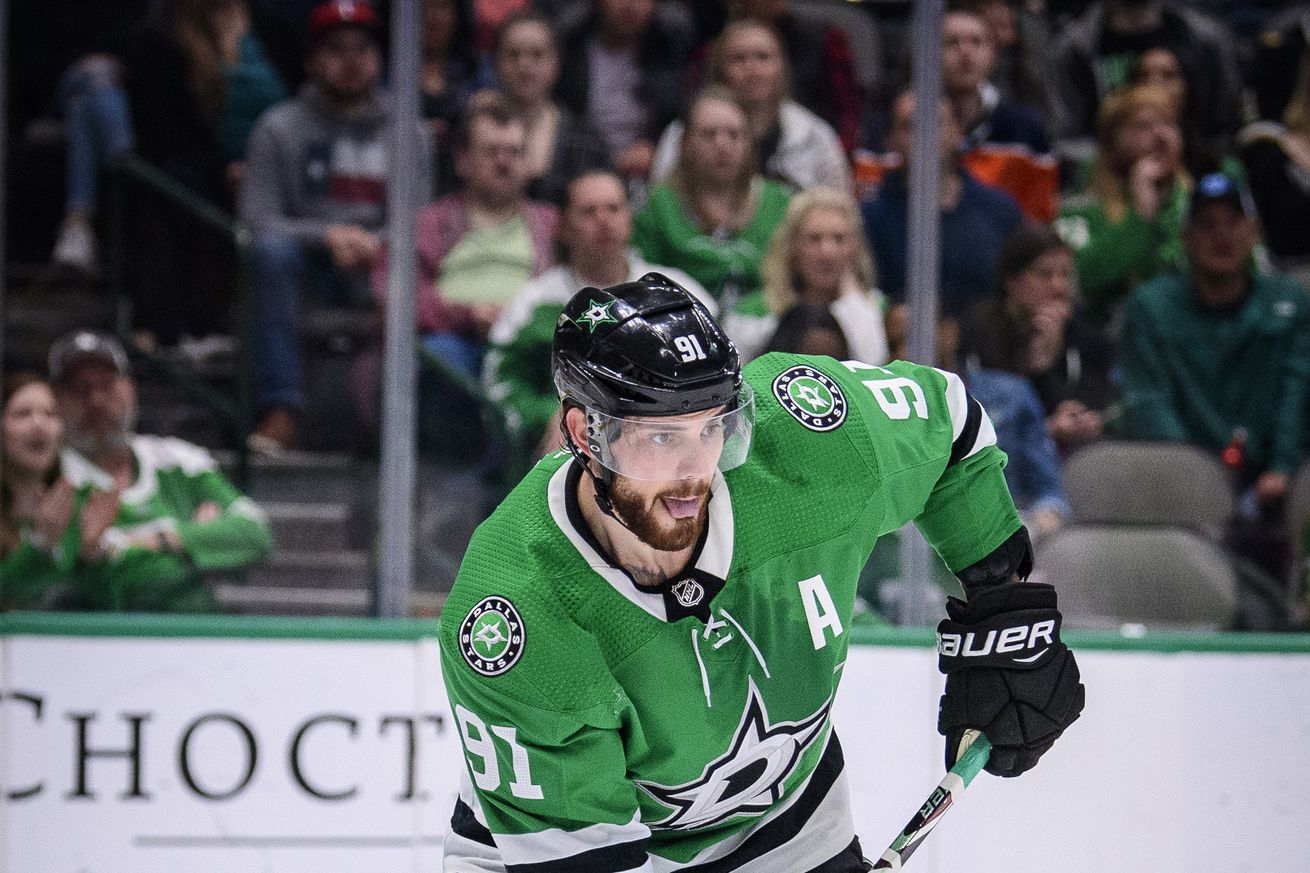 The game of hockey is beautiful, and we finally got a chance to see the Dallas Stars play a game for the first time in 140 days. Unfortunately, the only beautiful thing Stars fans can take from this exhibition game prior to the opening of the round robin is that it’s over.

It’s now been over 190 minutes of playing time where the Stars have not scored a goal against the Nashville Predators. While they do not faceoff against Nashville in the round robin, you better believe that teams will be studying what the Predators were able to do to shut down Dallas so masterfully for three-plus games.

“You go into every game wanting to win,” captain Jamie Benn said after the game. He said the team will take the good out of it and improve on the bad, and they’ve got more of the latter to contend with before Monday’s matchup against the Vegas Golden Knights.

As the team took to the ice, the Stars PR team alerted everyone that Tyler Seguin was “unfit to play” in today’s game, the phrasing utilized by teams to cover anything in this postseason as a way of protecting player’s privacy when/if they are tested positive for COVID-19 during the tournament.

In what has become a hallmark of Stars hockey, the team got off to a pretty slow start. At one point, the Nashville Predators had a 6-0 shots on goal lead, which tells about as much as you need to know about the start.

The Predators would get on the board in their first power play attempt when Stephen Johns, Jamie Oleksiak, and Ben Bishop managed to all end up in the same square of ice. That left a wide open net for Viktor Arvidsson, who loves to score against Dallas on a good day and didn’t waste that chance.

Dallas started to slow the game down a little bit in the last five minutes of the period, which allowed them to play with the puck a little bit more. They still had some issues with decision making when it came to the offensive zone, which was on display clearly when the first power play chance was discombobulated, to say the least.

Arvidsson scored a second time, this one at even strength, on a somewhat fluky goal. Andrej Sekera had pinched up a bit and ended up getting burned on the play, and Stephen Johns was left in no-man’s land on the ensuing 2-on-1. Whatever way the goal happened, though, it was partly a result of the Predators continuing to drive to the front of the net and cycle the puck in the offensive zone.

Bishop exited the game about halfway through, as was originally planned, stopping 16 of 18 shots in his exhibition play.

Denis Gurianov had the game’s most dangerous look on an individual effort using his speed to get into the offensive zone. Soon after, Dellandrea followed that up by jumping on a turnover and setting Justin Dowling up with a good cross-ice pass look. This marked the point in which the Stars started to turn things around a bit, with more time spent with the puck the last half of the game than the first half for Dallas.

The Stars, which went 0-for-3 on the power play, made it way too easy for Nashville to stop them at the blueline. It was like they got to the blueline entry and then were looking for a specific kind of setup and they had pass after pass and entry after entry try turned away and read by the Predators defenders.

The power play woes continued in the third period, when Dallas got another shot at the man advantage to try to get back into the game. They finally generated a couple of good chances when Gurianov and Roope Hintz took some shots in close to the net in the dying seconds of the power play.

The rest of the third period Dallas actually outplayed the Predators. But it was a little too late, and the Stars, who had four months to come up with ways to improve an anemic offensive scheme, did not give any reason to believe this won’t continue to be a problem as the round robin looms.

Post-game, Benn said the team would take the good away from this game and work on the bad.

Interim head coach Rick Bowness mentioned the shot attempts as a positive for the Stars. On the other side of the coin, he didn’t like the power play (too slow at times, missed guys wide open, not moving the puck fast enough), the penalty kill (spent too much time in the zone), or the decision making displayed by the team today. Expect that those will be some of the areas of focus when the team returns to practice before Monday’s game.

After the game, Bowness mentioned that they called Ty Dellandrea last night to make sure he was ready for the game today in case Tyler Seguin couldn’t play. When pressed if Seguin would have played today had it been a playoff game, Bowness said it would have been a tough call whether he would have gone or not. Tomorrow is a mandated offday for the Stars, so they’ll have Saturday and Sunday to determine what his status is before game one of the round robin. If he’s unable to play, Dellandrea acquitted himself well in limited minutes today.

During the game today, Bowness was wearing a plaid ribbon. When asked by Matt DeFranks at Dallas Morning News about it, he said it was the tartan of Nova Scotia, his home province in Canada. Bowness mentioned that it had been a tough spring in the province, with a mass murder, several military members from the area, and a three-year-old boy swept away by a river current, among others. He wore it in honor and remembrance of his home.