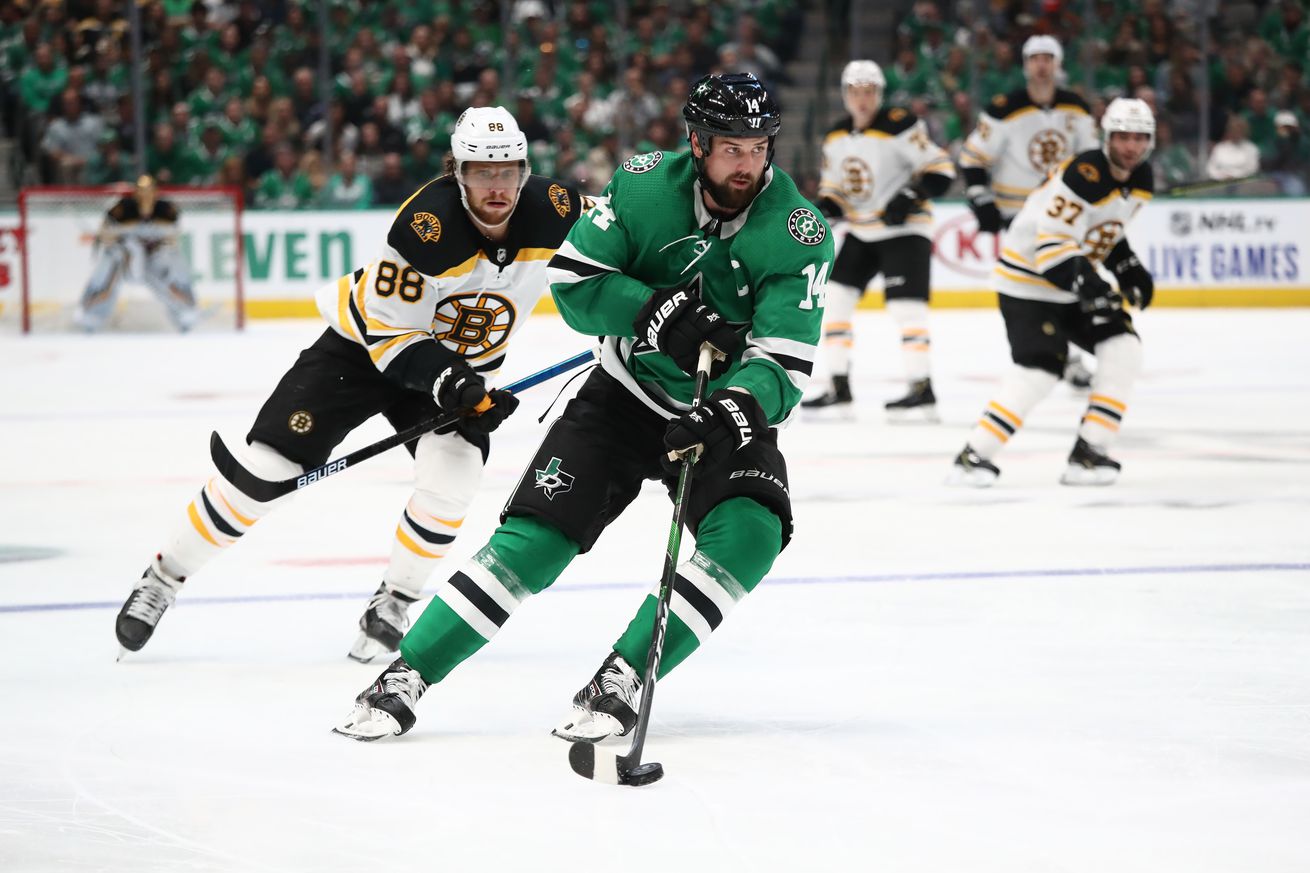 As most Dallas Stars fans are aware of by now, Jamie Benn isn’t exactly the smoothest skater. In an effort to improve his footwork, the Stars’ captain spent the last summer working with Luke Chilcott, a former professional figure skater. It’s the first time Benn has worked with a skating coach over the offseason, and he has nothing but glowing remarks for Chilcott:

“He knows how to communicate with all different types of people and personalities. He’s also a heck of a skater and a good teacher… Kind of can’t believe we didn’t have him out here before… maybe we should have found him four or five years ago.”

Chilcott, who first moved to Texas when he was 15, is still fairly new to coaching. He has some experience working with the San Jose Sharks, and will be spending the upcoming season working with various Stars players from time to time. Chilcott hopes that his work with Dallas will open up even more opportunities for him:

“That’s a huge confidence boost when the captain of the Dallas Stars says he wants you to help him with skating,” Chilcott said. “Jamie’s really the first part of what really my goal was. I always wanted to get to the point where someone in Canada might say, ‘I need help with my skating, can I fly down to Dallas for a week?’ This has opened opportunities, especially if he likes the results.”

You can read more from Sean Shapiro here.

The Stars lost their home opener against the Boston Bruins last night. Here’s what Jim Montogmery had to say about Game 1:

Here’s Roope Hintz with the Stars’ sole goal of the night, and boy what a beaut it was:

Your first Stars goal of the 2019-20 season, courtesy of @RoopeHintz!#GoStars pic.twitter.com/OoCVKxovGx

The Stars lost several players due to injury during the game — here’s hoping for a speedy recovery for each of them:

Stars coach Jim Montgomery says Roman Polak has full use of his extremities and is feeling better at the hospital.

Jason Dickinson will be out at least a week.#GoStars

I have tremendous respect for the Bruin players that sent best wishes. All class. As for Jack Edwards, to say Roman’s injury was “bad hockey karma” while he was laying on motionless on the ice, you are truly a piece of shit and an absolute disgrace. https://t.co/NiUyScZFW1

It was a mixed bag for the Stars’ divisional rivals last night:

Remember how Alex DeBrincat fell to the 2nd round largely because of his size (no pun intended)? Well the Chicago Blackhawks’ star has now inked a 3 year, $6.4M extension:

Once doubted as an @NHL talent because of his stature, Alex DeBrincat is quickly becoming a face of Chicago’s next generation of stars writes @chriskuc. #Blackhawks https://t.co/vsXmf1Z3CH

The Norris Trophy is often voted upon like a “lifetime achievement” award — could this be the year Alex Pietrangelo takes it home?

Is Alex Pietrangelo underrated? @THNRyanKennedy makes the case for the star defenseman https://t.co/Ni17JRSmFh

.@coreypronman‘s NHL prospect impressions: Who is already raising their stock?https://t.co/eRMaycVZb1

Someone please give Lias Andersson a hug:

Someone please tell me why Jaromir Jagr isn’t still in the NHL. I mean have you seen the Edmonton Oilers’ lineup?

Even at 47 years old, Jaromir Jagr is doing it all — to the surprise of no one — as a player and owner of Kladno. @MarkLazerus on why Jagr just can’t stop: https://t.co/ifmc3YE8eg

Speaking of the Oilers, Adam Larsson is going to miss a couple of months, because Edmonton can’t catch a break:

The #Oilers have announced that defenceman Adam Larsson will be out of action for six to eight weeks with a fractured right fibula.