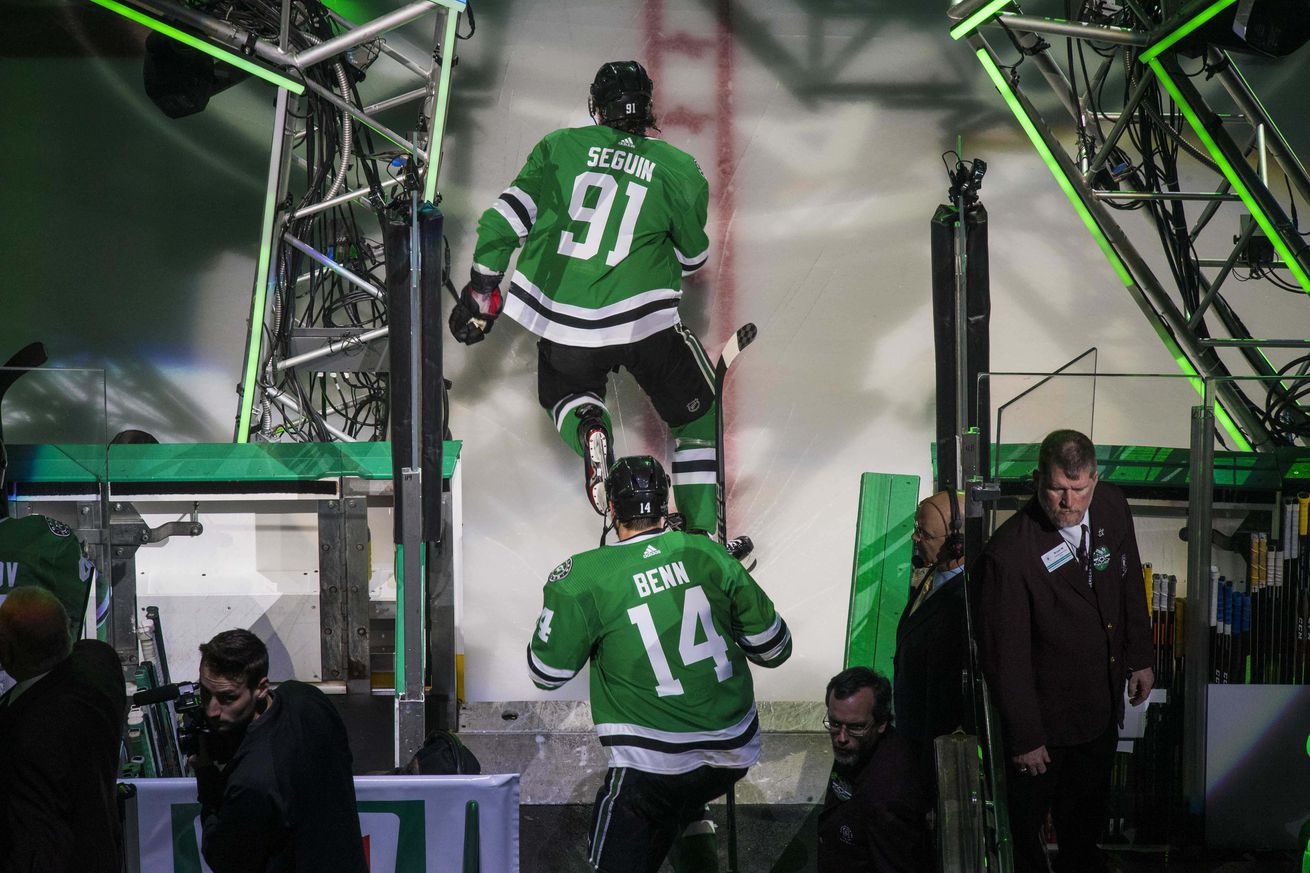 Now it’s onto the ones that count

Jamie Benn, Tyler Seguin and Joe Pavelski all got into the action Saturday night, scoring a goal and adding an assist apiece to complete a comeback win against the Colorado Avalanche.

It was a nice sign for the Stars, who have struggled to score in the preseason after being bottom-five in the NHL in scoring last year as well.

Jamie Benn sent the game to overtime on a goal with Ben Bishop on the bench late in the third period, and the Stars eventually sealed the win in the shootout.

They nearly won it much sooner, as Dallas outshot Colorado 7-0 in overtime, but Philipp Grubauer was up to the task against Dallas’s top players.

The Stars were a very different team in the third period and overtime, and that’s especially noteworthy against a good team icing an NHL-caliber lineup like Colorado is and was.

For Colorado’s part, all three of their goals came from newcomers. Jonas Donskoi, Nazem Kadri and Andre Burakovsky staked the Avs to a 3-1 lead, but the Stars hung around thanks to their top players, and Radulov eventually scored the game-winner the slickest of backhand-shelf moves in the shootout.

Tyler Seguin started the shootout with a goal of his own off the forehand, while Joe Pavelski couldn’t beat Grubauer’s glove with a chance to win the game on the Stars’ third shot of the skills competition.

The Boston Bruins are the next test for Dallas, and by far a more important one. But the Stars’ best players all looked it for much of tonight’s contest, and that’s about as much as you can hope for from the preseason.