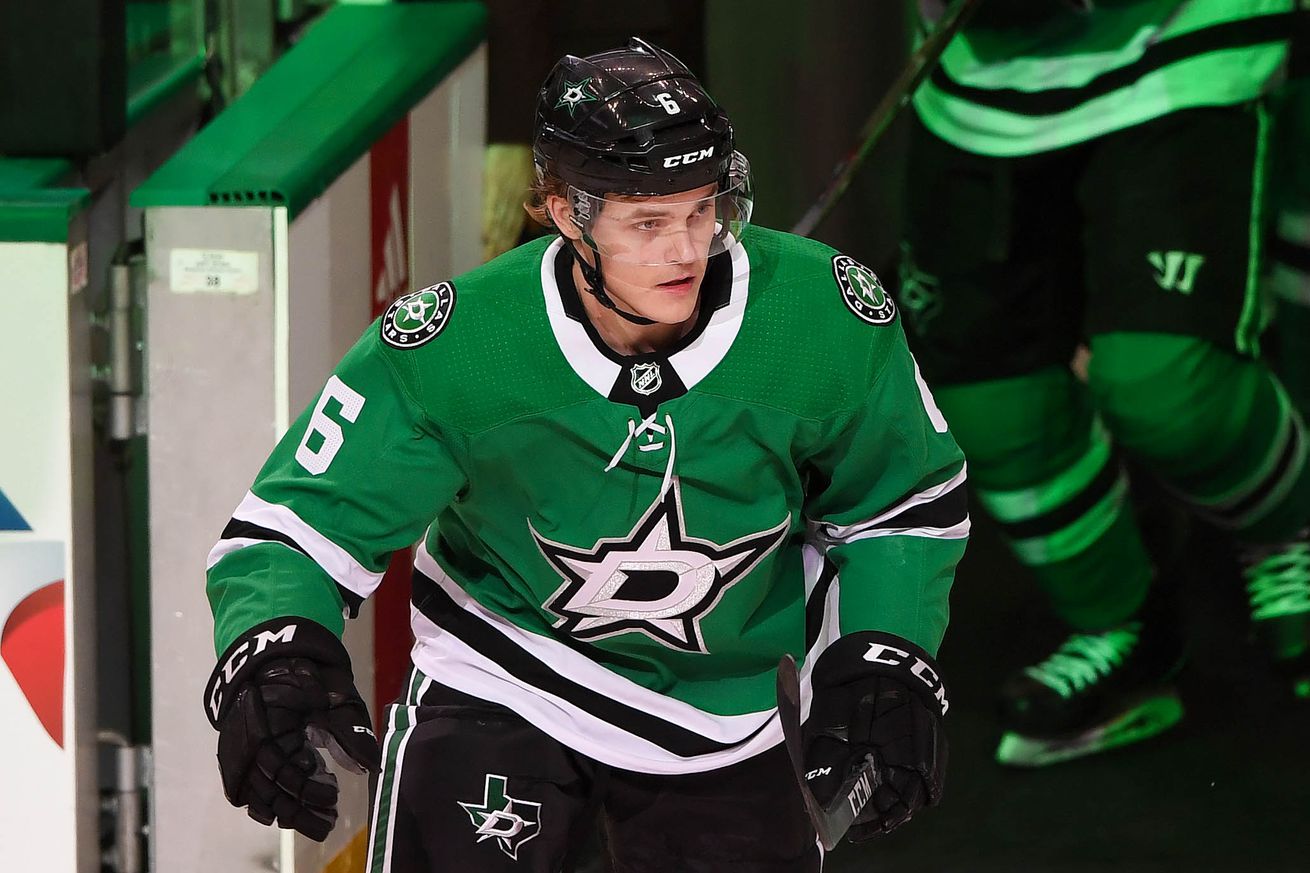 Now that Honka’s trade request has officially been sent in, let’s take a look at potential returns and teams that may have interest.

The NHL season starts in just 5 days and with that, many teams are cutting their roster down and looking to solidify their roster. Just recently, Julius Honka’s camp made it known that he would like to be traded away from the Stars to try and crack a roster elsewhere. The 23-year-old Finnish defender has been away from Stars training camp and preseason without a contract.

The #FreeHonka saga seems to be coming to an end as there has been various rumored teams interested. However, a deal has not yet been made. Honka does have value to offer. His underlying analytics show he has skill in the moving the puck and helping provide offense. For any team looking for a skilled RHD to play third line minutes, or to try and earn a roster spot, he’s got value.

The Dallas Stars have made it known that they are looking for a mid-round pick for the player but have yet to come close on a deal. With that, let’s look into and speculate potential suitors for Honka.

One of the more buzzed about teams inquiring on Julius Honka are the Montreal Canadiens. However from the latest reports, it seems as if the Canadiens were more interested in doing a player-for-player swap instead of sending over a pick. With how tight the roster spots currently are for the Stars, I just don’t see how a player-for-player trade would work in this instance unless they packaged Honka up in a deal to open up a spot. The Stars already have a number of serviceable bottom 6 options in Perry, Janmark, Dowling, L’Esperance, Kiviranta, Caamano, Robertson and Gardner. So I personally can see how the trade has stalled with the Canadiens.

The Jets are a team I am skeptical about having interest. They recently lost Trouba and now Dustin Byfuglien has question marks surrounding him. Those are two impactful defenseman that they currently do not have moving the puck on the back-end and it makes you wonder if the Jets are a team who would throw a mid-round pick at the Stars to see what they can get out of Honka. That is the luxury in Honka which is although his point totals and NHL games played are a bit of a mystery, his underlying metrics are quite impressive. He’s proven that he can move the puck however it’s his defending and critical mistakes that haven’t helped him land a permanent roster spot here in Dallas.

The Hurricanes were one of the other teams public about having interest in Julius Honka. However, they are likely now out on a trade for a defender after recently trading Justin Faulk to the Blues for Joel Edmundson, prospect Dominik Bokk and a late pick. The Hurricanes did acquire Honka’s brother, Anttoni, in the third round of this years draft. If they still see value in Julius as a reclamation project, throwing Dallas a mid-round pick isn’t completely senseless. Although maybe a little more unlikely than before the Faulk trade occurred.

It’s unlikely that a Honka trade occurs in the next 48 hours as teams have to make decisions to get under the salary cap and comply with the 23-player maximum. With a load of players going on waivers today, teams are likely to look at those options before exploring a trade market and giving up an asset to put Honka on their roster.

That’s not to say that it couldn’t happen a little bit into the season after teams have a few games and injuries inevitable hit. Until then, Honka remains without a contract and Dallas is gearing up for opening night on October 3rd without him.