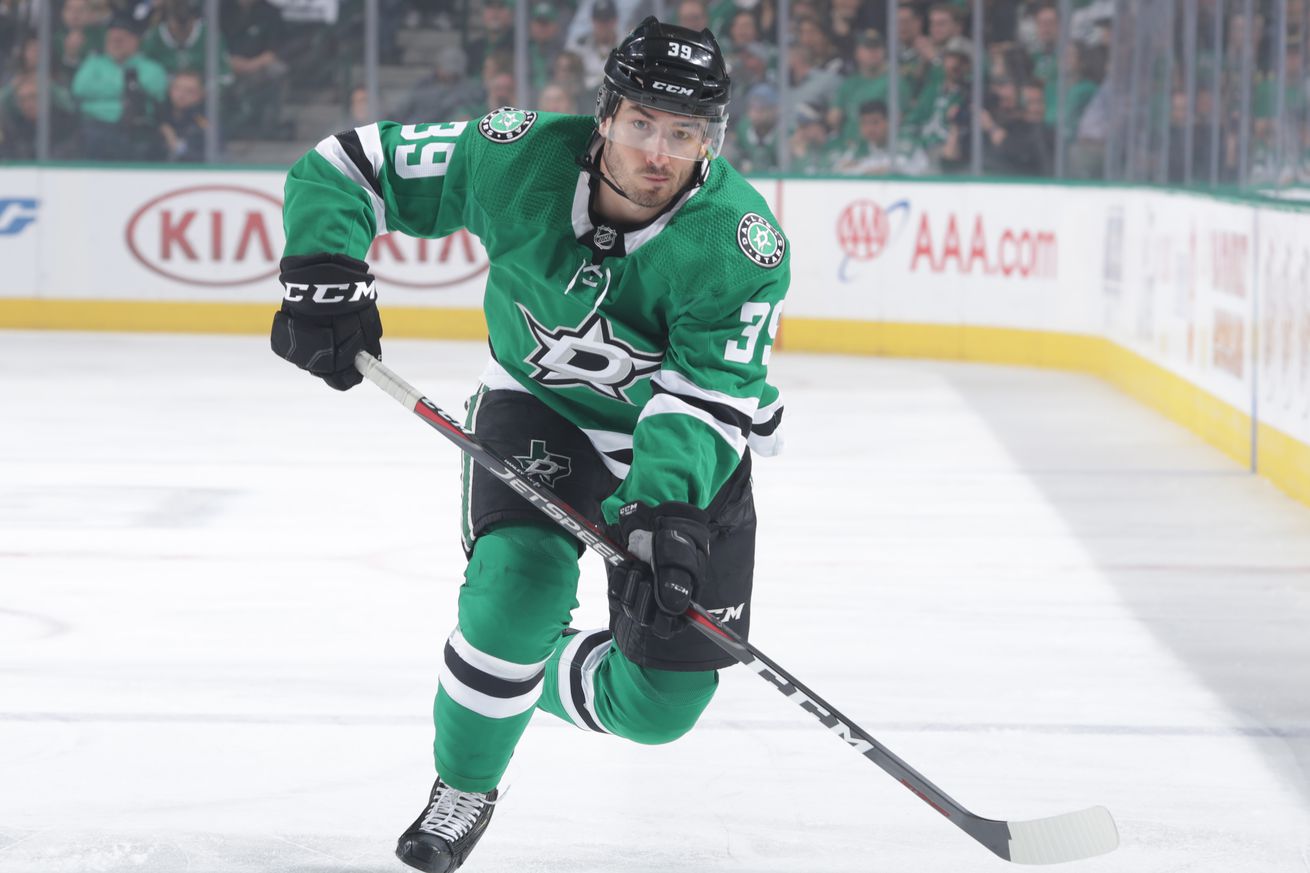 With the latest roster moves, Dallas has their blueline figured out for opening night. The forwards are still being sorted out.

The Dallas Stars have set their defense for opening night.

Joel Hanley has been placed on waivers with the intent to assign him to the AHL Texas Stars. Assuming he clears tomorrow, Hanley likely sits as one of the first call-ups for Dallas should they experience any injuries.

Thomas Harley, who had a phenomenal training camp and played in five of the Stars’ six preseason contests to date this season, was returned to his OHL team, the Mississauga Steelheads. Harley performed well relative to expectations considering he’s an 18-year-old first round pick from this summer. As head coach Jim Montgomery said last night, the future of the blueline in Dallas looks bright with him in the future. However, he still has things to work on, and getting big minutes in the OHL this season will help him take the next step in his development.

That leaves the Stars’ blueline to be patrolled by:

How those pairings end up ultimately shaking out is the only real question mark left for opening night at the defensive position. Sekera has looked comfortable next to Heiskanen and Oleksiak both, so he may fill out the top four on defense. I also wouldn’t rule out the Polak-Heiskanen pairing, as the two played much of last season together and it’s a known quantity to the coaching staff. The bottom pairing will probably see a bit of shuffling as the season goes, much like last year.

One nice thing to note about the defense, though, as that it doesn’t appear as though Dallas will open the season with eight on the roster. That’s a change from the last few seasons it feels like.

The Stars also made a few more cuts on the forward side. It appears as though the team might be set for opening night, pending the latest update on Corey Perry’s status for opening night. Given that he hasn’t been skating these last few weeks, even if he’s cleared to participate immediately, I’m not sure he’d be ready to go in terms of conditioning/game shape come opening night. Another side effect of that? He’s not likely to line up his games played milestone when the Stars play the Anaheim Ducks. Unfortunately, fairy tales don’t happen all that often in real life. Then again, maybe we’ll be surprised.

Rhett Gardner, Nicholas Caamano, and Jason Robertson were sent to the AHL. That leaves Justin Dowling and Denis Gurianov on the roster still, along with the injured Perry. Assuming both Stephen Johns and Martin Hanzal hit the injured reserve list as anticipated to start the season, Dallas doesn’t have to make any more cuts to get under the 23-player roster limit.

That leaves a lineup that could resemble something like this, with lines yet to be determined. This is based solely on preseason observation and throwing out an idea, so don’t get married to these lines for opening night: