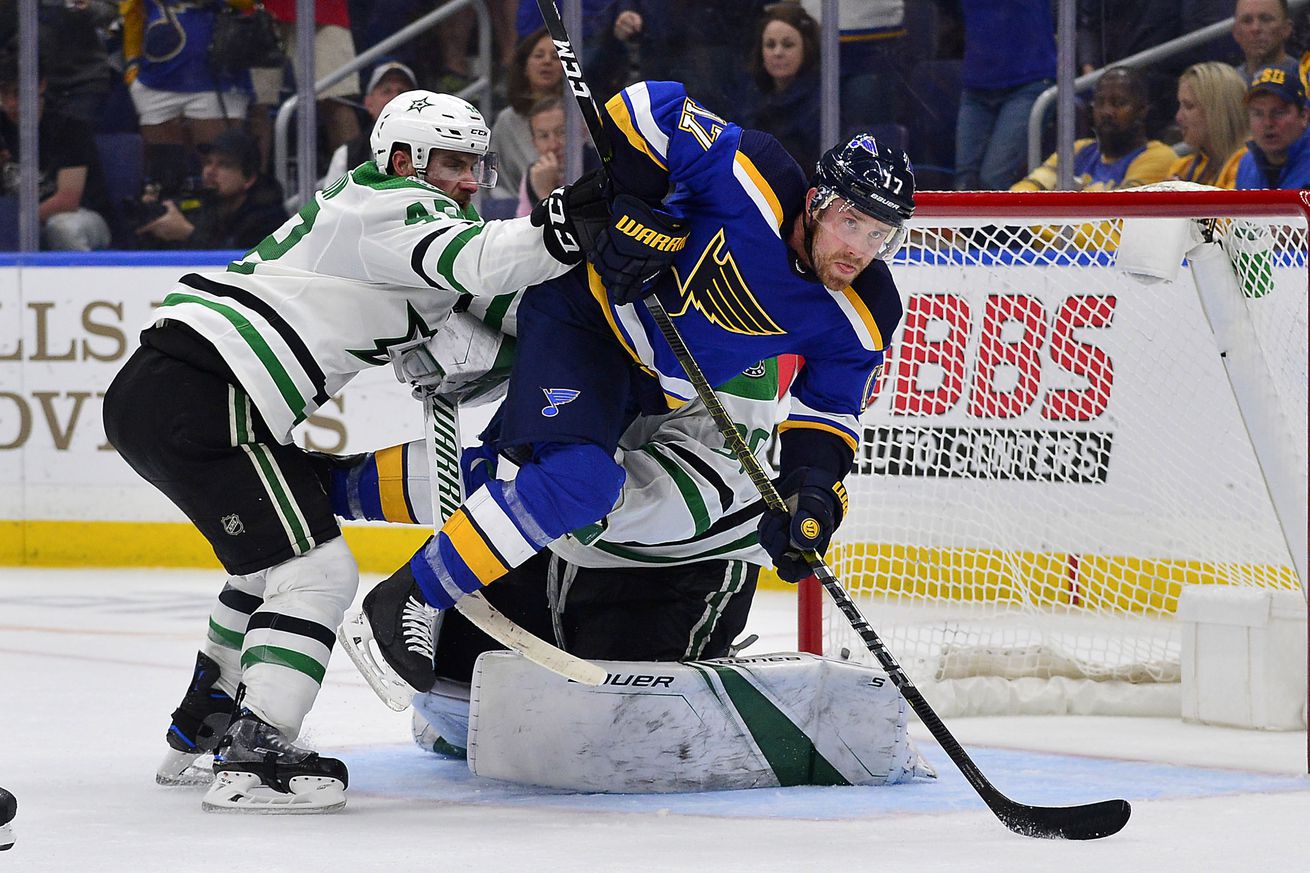 Losing three players in one game is not sustainable. Dallas needs a bounce-back game against the defending Stanley Cup champions to stay out of hole early in the season.

That certainly wasn’t what you’d expect to open the new season. Ben Bishop gives up two goals on the season’s first two shots — one of them by Brett Ritchie. How do you say? Not ideal.

Then there were the injuries.

The Roman Polak battle with the boards has been well-documented. Fortunately, the damage to Polak is limited to a minor sternum fracture, but this will keep him out for at least a week.

The serious part of Blake Comeau’s injury turns out to not be the puck to the jaw. In going down to the ice after taking the deflected pass to the chin, Comeau’s right leg went out awkwardly, likely putting some unnatural strain on his knee.

Jason Dickinson’s injury was a little harder to track down. Dickinson never returned to the bench after the first period, but he did end the period on the ice on a regular shift. He also appeared to be skating without undue pain. Per head coach Jim Montgomery, it happened on a cross check, and the likely candidate would be a stick to the back from Brad Marchand during a late period penalty kill. Dickinson did sprawl out on a clearance attempt later on this shift, so the hope would be for a bruise instead of a crack.

Robert Tiffin and Rob McClay have already offered their afterwords and reflections, and there is much to digest there after this opening loss.

On the positive side, Jamie Oleksiak could bring a much needed heavy shot to the defense and Mattias Janmark looked engaged. Denis Gurianov improved as the game progressed.

On the negative side, Andrej Sekera was a step slow and John Klingberg had an off night, but neither is concerning after just one game.

I’d also be tempted to put Alexander Radulov back with Tyler Seguin and Jamie Benn. Radulov and Roope Hintz can both disrupt on the forecheck, which could be more effectively used if split up over two lines.

Morning skate showed some major line changes, so we’ll see how those play out over the course of the game. The Stars also filled out their roster with the call-up of Joel Hanley and Joel L’Esperance.

The St. Louis Blues come into the game after opening the season with an overtime home loss to the Washington Capitals.

Offensively, the Blues can put out two solid scoring top lines. Against Washington, the Blues kept Vladimir Tarasenko on the second line, allowing Ryan O’Reilly to center a line with 23-year-old Sammy Blais and veteran David Perron. Both units can score and will present issues for the Stars defense.

Both the Blues’ third and forth lines were exposed against the Capitals. Tyler Bozak’s checking line was effective, but with sheltered minutes against Washington’s bottom two lines. Oskar Sundqvist’s line got significant time and were uniformly destroyed in shot share no matter how they were deployed.

Defensively, the Blues are a work in progress, but in a good way. Alex Pietrangelo, Colton Parayko, and Justin Faulk make a formidable trio of right-handed defenders. At present, the Blues are paring Faulk with Pietrangelo, forcing one to play their off-side.

Getting the most minutes to the best players is the general thought, but it does leave Vince Dunn playing the left side on a weaker third pair. Robert Bortuzzo and Carl Gunnarsson have both been nursing injuries to start the season, with Bortuzzo getting the start against Washington. Tonight, the Blues look to be loading up the right side of the defense, with Gunnarsson drawing in on the left side of the first pair.

In net, Jordan Binnington is young, talented, and heads above backup Jake Allen.

Keys to the Game

In a reprise from last year, the Stars need to be ready to play from opening puck drop. They need to get through the first 10 minutes without either going down a goal (or two) or skating like their feet are in concrete.

Getting through the pressure. Starting with two Stanley Cup finalists was no favor to a team that needs to discover scoring throughout the lineup. Injuries in the first game are no help either. Nobody wants to go down with two opening season losses, but if anything, the Stars need to relax and play hockey.

Taylor Fedun and the kids. Fedun lost the trust of the coaching staff in the playoff last year against the Blues. Redemption is in order. Nicholas Caamano and Rhett Gardner also need to show that they are ready perform at an NHL level.

The Stars forward lines hit the blender after Comeau and Dickinson went down. The top line of Benn–Seguin–Pavelski were on the ice for 10:16 together. The next highest total was Dickinson-Hintz-Radulov at 3:30, all of which was in the first period.