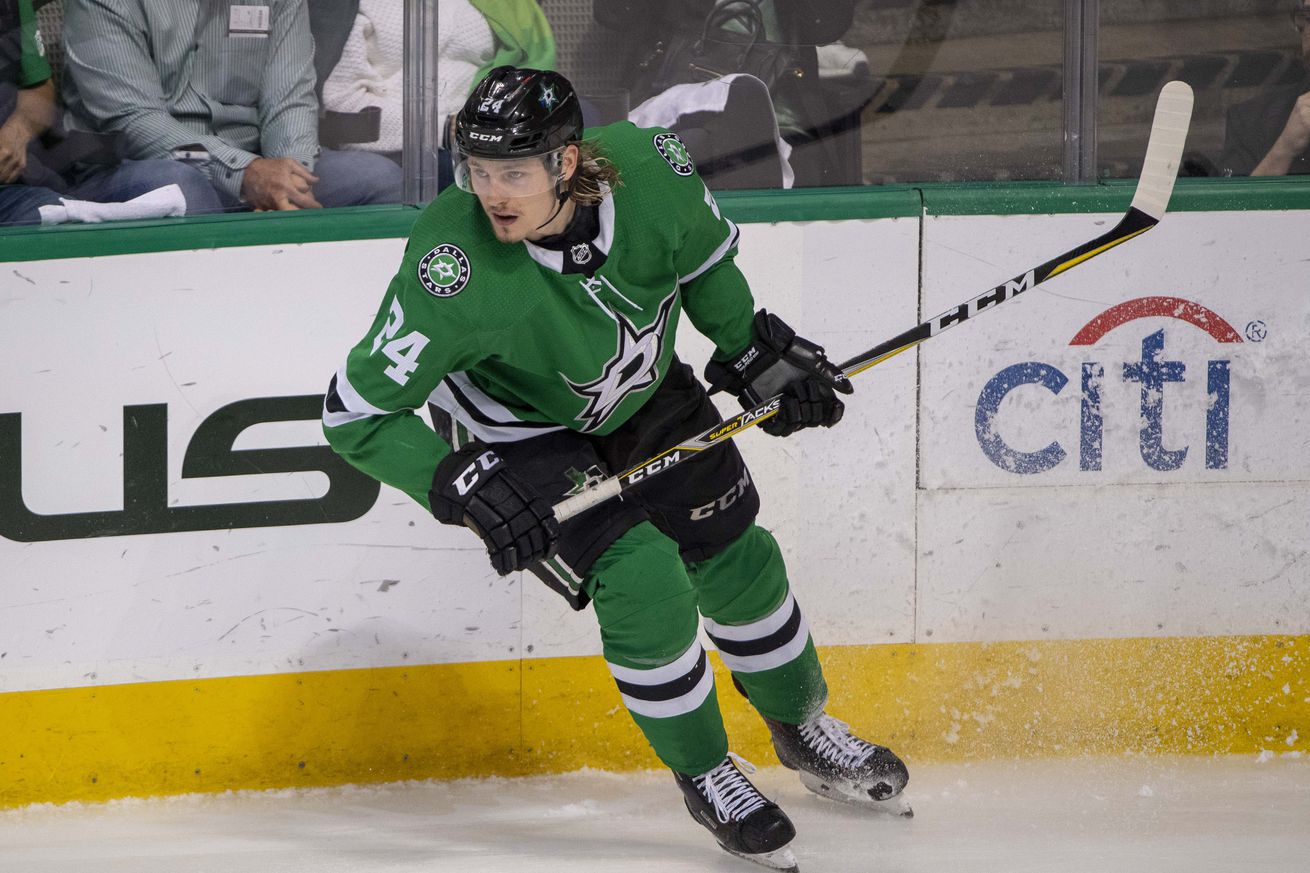 It may be premature, but the Finnish forward has the potential to become a top NHL player. Plus, the regular season is finally here, season predictions, and more.

Roope Hintz is far from a sure thing in the NHL. But if his post-trade deadline play is any indication, the Dallas Stars forward could end up being a very special player one day. That’s something people are already taking notice of in his home country of Finland:

“He’s the one that will get you out of your seat in a moment, the one that is going to make you stand up,” Lauri Korpikoski, a former Stars player still playing in Finland, told me later in the week. “Finns like the Stars. They also like star players. He could be a star for the Stars.”

Like most hockey players, Hintz grew up dreaming of playing in the NHL. But that wasn’t always his foremost goal — originally, his eyes were set on playing for the Ilves, his hometown team, in the Finnish Liiga. But once he made it there, he knew he could start dreaming big:

“That’s when I realized that maybe you could make it and maybe there is something more,” Hintz said. “That, and getting invited to the national team camp. That’s when maybe you know you can do something and it could be your job.”

You can read more about Hintz in his interview with Sean Shapiro here.

The NHL season begins today, but the Stars will have to wait till tomorrow to taste their first regular season action. Here’s what Jim Montgomery has to say about tomorrow’s game:

“You can tell by the players, they’re ready to get going.”

Monty on being two days out from Opening Night. #GoStars pic.twitter.com/k50aOmluzt

Joe Pavelski: “Opening Nights are fun. This one is going to be special for me.”#GoStars pic.twitter.com/i86ct707fz

The Stars’ insiders give various season predictions in their latest roundtable:

Insider debate: Who will emerge with Central Division crown? https://t.co/P6jIPp5vgP via @NHLdotcom

Needless to say, expectations are big in Dallas this year:

Many fans and media members alike felt that there was a lot of talent on the waiver wire on Sunday. Apparently the NHL’s various GMs didn’t think so:

Waivers: Dahlstrom from CHI to WPG and Comrie from WPG to ARI.

No Roope Hintz here, but Jared Clinton breaks down some candidates ready to break into the NHL’s elite:

Mika Zibanejad broke out last season and can cement himself as a true star for the Rangers with a repeat performance. There are others on the verge of stardom, too, writes @THNJaredClinton:https://t.co/19XM5doQyW

Are you a more casual fan who doesn’t obsess over everything that happens in the NHL offseason? If so, 1) I envy you, and 2) here’s a crash course for you:

Hey, you, drinking that White Claw other there. The NHL is back. Here’s what you missed. https://t.co/KQOUKdcq4r

The San Jose Sharks will be without Evander Kane to start the season:

Evander Kane of the @SanJoseSharks has been suspended three games under Rule 40.4. https://t.co/QjwA8pvnff pic.twitter.com/WhfnPVJmKd

Finally, Down Goes Brown breaks down some of the overreactions you might see these next few days, all of which are completely and 100% justified:

From earlier: The season is almost here, which means it’s almost time to flip out and overreact to everything. But let’s do it with a plan: https://t.co/yUUmoKApYb pic.twitter.com/32FLJZEEGU